Do Liberals Still Exist?  Liberals and the Illiberal Left 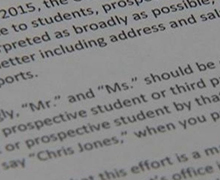 By David Frumjan | “A liberal,” Robert Frost once said, “is someone who can’t take his own side in an argument.” If conservatives are often caricatured by their detractors as unfeeling, liberals are painted as uncertain, weak, and easily bullied. Back in the 1980s, the centrist British politician David Owen joined the two accusations in a jibe against Britain’s Prime Minister Thatcher and her then Labor opponent: “She doesn’t care, and he doesn’t dare.”

These stereotypes exert real-world political effects. In the 1970s, a Yale sociologist went to live for two years among an exotic tribe: not in the South Seas or up the Amazon, but in the working-class neighborhood of Canarsie, next door to New York’s Kennedy Airport. For a political generation, the Jews and Italians of Canarsie had voted overwhelmingly for New Deal Democrats. Since 1970, their preference had shifted to Richard Nixon’s Republicans. The sociologist, Jonathan Rieder, wanted to understand why. Here’s what he found: 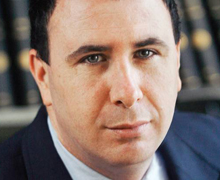 All of this is background to understand yesterday’s Internet dust-up over Jonathan Chait’s powerful new article in New York magazine. Chait is a liberal’s liberal: a warm and consistent supporter of the Obama administration, and a fierce and relentless critic of conservative policies and personalities. This time, however, Chait directed his sharp wit against a leftward target:

Political correctness is a style of politics in which the more radical members of the left attempt to regulate political discourse by defining opposing views as bigoted and illegitimate … Today’s political correctness flourishes most consequentially on social media, where it enjoys a frisson of cool and vast new cultural reach.

Chait condemned the goals of this new political correctness as verging on the totalitarian:

The Marxist left has always dismissed liberalism’s commitment to protecting the rights of its political opponents — you know, the old line often misattributed to Voltaire, “I disapprove of what you have to say, but I’ll defend to the death your right to say it” — as hopelessly naïve. If you maintain equal political rights for the oppressive capitalists and their proletarian victims, this will simply keep in place society’s unequal power relations. Why respect the rights of the class whose power you’re trying to smash? And so, according to Marxist thinking, your political rights depend entirely on what class you belong to. The modern far left has borrowed the Marxist critique of liberalism and substituted race and gender identities for economic ones.

That set off a stinkbomb!

It’s difficult even to tally, much less read, all the ripostes and rebuttals, many of which confirmed Chait’s original point by reprising even more noisily exactly the category-think he warned against. “So, here is sad white man Jonathan Chait’s essay about the difficulty of being a white man in the second age of ‘political correctness,’” wrote Alex Pareene at Gawker. Variants of this theme have rocketed around the left wing of the Internet and Twittersphere over the past 24 hours.

Yet even as Chait’s critics dismissed the reality of political correctness he decried, real world examples pile up—some absurd, others ominous. In the absurd column comes this from the Graduate Center of the City University of New York: Professors and other employees at the City University of New York’s Graduate Center have been forbidden from addressing students and prospective students with the title “Mr.” and “Ms.” because, campus leaders say, the terms may be offensive.

“Effective Spring 2015, the (graduate center’s) policy is to eliminate the use of gendered salutations and references in correspondence to students, prospective students, and third parties,” Louise Lennihan, interim provost, states to employees in a recent memo. “Accordingly, Mr. and Ms. should be omitted from salutations.”

Lennihan instructs staffers to interpret the new policy “as broadly as possible,” that it applies to “all types of correspondence, such as: all parts of any letter including address and salutation, mailing labels, bills or invoices, and any other forms or reports,” states the memo.

In the ominous column, consider this chart from the Foundation for Individual Rights in Education of attempts by students to ban speakers from campus, by means up through and including violent disruption: 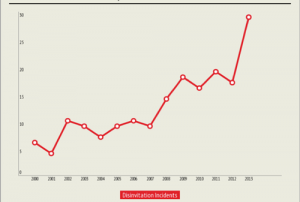 As FIRE notes, not only are disinvitation incidents on campus rising, but so too is the “success rate” for such incidents. FIRE statistics indicate that disinvitation incidents are almost three times as likely to target speakers perceived as conservative (including those, like Ayaan Hirsi Ali, who would angrily disavow such a label for themselves) as those perceived as liberal or left. The campus left is reviving, and liberal university administrators are surrendering to them.

As Chait notes, political correctness is a weapon deployed by leftists against liberals. Its political effect in the larger political context is to make liberals look hesitant and weak. The inability to say “no” to transgender activists at a graduate school may not matter much in the scheme of things. But the Obama administration’s unwillingness to stand alongside the people of France at a march to condemn the Charlie Hebdo massacre does matter. The refusal to pronounce the phrase “Islamist terrorism” matters. Acquiescence to bureaucrats who order universities to suspend due process for male students accused of rape matters.

Politically correct leftism is more than a challenge to liberalism. It is a test of liberalism. Josh Marshall of Talking Points Memo (himself a non-left liberal in the Chait style) anticipated that test years ago in an essay bluntly titled, “The Bitch Slap Theory of Politics.”

One way—perhaps the best way—to demonstrate someone’s lack of toughness or strength is to attack them and show they are either unwilling or unable to defend themselves—thus the rough slang I used above. … Someone who can’t or won’t defend themselves certainly isn’t someone you can depend upon to defend you.

Marshall anatomizes the effects of exhibiting weakness in the face of attacks from political opponents. Yet politicians and political movements can suffer the same damage when they quail before their nominal allies.

America’s most effective liberals—from Harry Truman to Rahm Emanuel—have known how and when to defy the illiberal left, whether that illiberal left was communist or Third Worldist or, as it is today, infatuated with the jargon of “intersectionality.” The liberals who couldn’t or wouldn’t or didn’t have been dragged toward the same marginality that has always befallen the hard left in America—and always will.

Republicans have suffered greatly over the past six years from their visible terror of their more extreme associates. The evolution toward a more responsible Republicanism remains incomplete, but is visibly under way. Now it seems to be the turn of liberals and Democrats to veer off into their own ideological fever-swamps. Exactly how and exactly why they are taking this novel turn is detailed in Jonathan Chait’s essay. There will be nothing novel about the result.

Liberals and the Illiberal Left