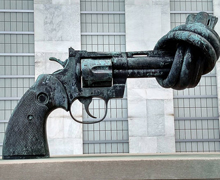 Like you, I am saddened by the shooting that ended the lives of at least ten people earlier today.

Like you, I am heartbroken for those left behind to grieve, who must eventually pick up and move on.

And just like you, I am concerned that we Americans hear this news and, though saddened, reluctantly and helplessly move on…to the next meeting, the next flight, the next lesson, the next meal, the next election. 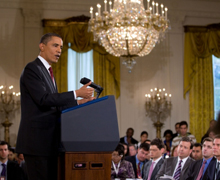 But unlike you, Mr. President, I understand that we Americans must do the next thing, despite wishing we had the time and resources to offer more than our brief but silent thoughts and prayers to grieving family and friends.

We cannot call a press conference, or fly to the funeral, or even offer our condolences on live television.

And yet in another recent shooting, you did not offer your time, or your sympathy, or your condolences.

You didn’t even offer an acknowledgement of this act of domestic terrorism.

Further, within hours of the shooting in Oregon, when not even the hospitals could yet determine how many had died or been wounded, you dared to turn this tragedy into a political opportunity by calling for more gun control.

But I cannot understand why you would insinuate that somehow a gun is at fault in this tragedy, and that we need to do everything we can to eliminate guns.

The truth is rather elementary, seeing that even my five year old gets it: Guns are inanimate.

They cannot kill or harm anyone or anything unless an actual person chooses to pull the trigger.

That same person could choose a knife.

Or a box cutter.

Guns, on the other hand – just like swords and airplanes and shovels and bats – are tools. All of these inanimate and often useful tools can kill.

But in and of themselves, they can do nothing.

If we are honest with ourselves, and one another, we cannot deny that what really matters is heart…soul…character.

And your heart, embodied by your character, defines your sense of self and your view of the world.

It all has to do with what kind of person you are, Mr. President.

Whether you’re decent or bent.

Whether you’re prudent or imprudent.

Whether you offer help or hate.

In the end, the criminal and his companion, the fool, do not care whether something is legal or not.

Laws – good or bad – do not apply in the bent mind of a criminal…or a fool.

Laws – involving guns or not – apply in theory to all, but in reality to only the law-abiding citizen.

Mr. President, your illogical and tyrannical push to outlaw guns will serve only to strip this nation’s tax-paying citizens of our right to defend ourselves against those who embrace lawlessness.

Those who embrace lawlessness will applaud you for giving them much easier access to anarchy, chaos, death…and guns.

And this makes me wonder what kind of person you are.

But I do think you are misguided about effecting real change in this great nation you lead.

Real change happens in the heart, not through legislation. You cannot suppress evil with more laws and more restrictions.

Real change happens when leaders lead: Mr. President, once again you have a grand opportunity to turn the tide in a rising wave of hate in this nation.

Help Americans to see that ultimately this is a heart issue, not a gun control issue.

And remember, too, that prayer is enough, and it often begins with a contrite heart.

We should not neglect it or underestimate it.

Of Guns and Men: An Open Letter to President Obama