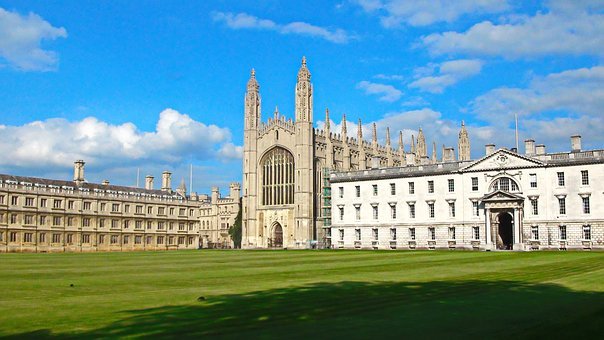 “A habit of mind is formed which lasts through life, of which the attributes are freedom, equitableness, calmness, moderation, and wisdom . . . This is the main purpose of a University in its treatment of its students.” —J. H. Newman, The Idea of a University (1852)

When Newman wrote these famous sentences, the university was an institution few encountered: England had only its two medieval universities, Oxford (his alma mater) and Cambridge, along with two nineteenth-century foundations, Durham and London. Only one in 5,000 citizens—all male—was able to pass through their doors. These ideals of intellectual freedom and mutual tolerance were thus primarily the concern of a privileged and powerful elite. But in 2020, when England has over 100 universities, and half of the population enters higher education, the need to reassert these principles is urgent.

A recent poll of British students reveals why: Two in five students have observed cancellation increasing on their campus; the same proportion feel their careers would be adversely affected if they expressed their own beliefs; almost half feel that their lecturers would treat them differently if they expressed their views on important issues; and, most worryingly, more than a quarter confessed to self-censorship because they felt their views did not align with those of the university itself.

These issues are now coming to a head at Cambridge, my own university. The university’s Council has proposed a new free speech policy, to parts of which various Cambridge employees took exception. These concerned academics (of which I am one) proposed three amendments to the new policy; when the Council gave these suggested amendments short shrift, more than a hundred academics forced a ballot to be held on the issue across the Regent House, i.e. all 7,000 academic and administrative staff. Voting is underway and the results will be announced next week.

What is at stake? Why would academics object to a policy in favor of free speech? We are concerned about one passage in particular: The policy states that the university “expects its staff, students and visitors to be respectful of the differing opinions of others,” and that they, in turn, should be able to express ideas and opinions “without fear of disrespect or discrimination.”

Fair enough, one may think: Shouldn’t civil debate always involve mutual respect? Well, for the right for another to speak, yes indeed. But for what they believe, or perhaps even for their own character, by no means. Arif Ahmed, the philosopher spearheading the campaign, rightly worries of “respect creep,” whereby this slippery term could move from polite forbearance, to positive admiration, and even to the point of unquestioning deference. Nothing, in fact, limits what anyone could suppose—or allege—constitutes disrespect of their opinions. On any given issue, I could claim that your voicing an opinion that I detest within our shared educational space disrespects me. In such circumstances, it would not be fanciful to imagine an academic or student being disciplined or even dismissed on the ground of having publicly “disrespected” the beliefs of others—contrary to the shared values of the institution.

Of course, in the great majority of intellectual exchanges we do respect those divergent opinions we encounter. But for there to be a statutory requirement to extend that respect where it subjectively cannot exist, or objectively should not exist, is manifestly wrong. As the admirably succinct policy of the University of Oxford rightly notes: “Not all theories deserve equal respect.” One could add that some deserve none. Cambridge alumnus Stephen Fry is worried about this precise point: “A demand for respect is like a demand for a laugh, or demands for love, loyalty and allegiance. They cannot be given if not felt . . . what is really being asked is a pretence, a display of lip-service, which in a university whose reputation is founded on empirical and rational inquiry, open argument and free thought, is surely inimical.”

Concerned academics have proposed a simple change, which would require instead that staff, students, and visitors be “tolerant” of others’ opinions. Tolerance does not mean having to respect, or even to engage with, views one may abhor; but it does mean avoiding any punitive course of action against them. It does not stop peaceful protest; but it does stop protest that obstructs those wanting to hear from hearing. This is not an open door for any disgraceful opinion to enter the university without opposition; rather, it is a mechanism to allow the door, once opened by a member of the university, not to be forcibly closed by any other. “Tolerance” affords the freedom to challenge and, where appropriate, to insult, offend, and mock. Of course, we ourselves as academics must in turn accept that we have no right to expect respect for what we say and believe, however fervently and however legally. But we all have the right to be tolerated—and coercion or bullying to close down any such statements should be anathema to an atmosphere of open enquiry.

Nevertheless, the Council rejected this amendment, responding with unhelpful opacity that all “should be mindful of diversities of both opinion and identity.” They were equally resistant to the other two proposed amendments: one to ensure that the university upholds the legal requirement to stop de-platforming (barring a breach of the law), the other to prevent the university from adopting an alarmingly open-ended list of reasons for preventing lawful gatherings. Out of frustration at this response, the university-wide ballot was called.

This battle is not being waged by academics on the fringe. It is heartening that well over a hundred undergraduate and postgraduate students, unable to vote in the ballot, have signed an impressive open letter to the vice-chancellor. The student radical feminist society has expressed clear support, arguing that “nobody has the right not to be offended . . . We do not need to be protected from exposure to certain points of view and modes of expression.” And a damning summary from one Psychology undergraduate has been doing the rounds: “The policy’s vagueness makes it worse than useless. It means that those with the power to decide whether or not to enforce it in each individual case can effectively decide which ideas are open for discussion, and which are not. This is exactly the kind of scenario that free speech legislation is supposed to protect us from.”

By contrast, should the three amendments be accepted, the university’s new policy would amount to a simply expressible principle: that all speech should be safeguarded on campus within the framework of the law. The vote closes next week and its result will be watched with interest—not least by the government: Even the universities minister, Michelle Donelan, has stated that supporting the “three important amendments . . . will help protect free speech and prevent future unfortunate incidents.” For a principle that not only transcends politics but underpins the very essence of human enquiry, hear hear.