Dancing with the Devil: Lessons from Negotiating with Rogues and Terrorists 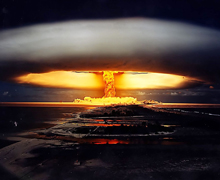 Whether wielding nuclear or chemical weapons, sponsoring truck bombs, or taking hostages, rogue regimes and terrorist groups continue to threaten the United States and its allies. How should America address the rogue threat?

Highlighting research from his new book, “Dancing with the Devil” (Encounter Books, February 2014), Michael Rubin will describe not only lessons Americans have learned from decades of engaging Iran, North Korea, the Palestine Liberation Organization, the Muslim Brotherhood, and the Taliban, but also what rogue regimes and terrorists have concluded about dialogue with Americans.

If you are unable to attend, we welcome you to watch the event live on this page. Full video will be posted within 24 hours.

Danielle Pletka was a long-time US Senate Committee on Foreign Relations senior professional staff member for the Near East and South Asia. In that role, Pletka was the point person on the Middle East, Pakistan, India, and Afghanistan issues. As the vice president for foreign and defense policy studies at AEI, Pletka writes on national security matters with a focus on Iran and weapons proliferation, the Middle East, Syria, Israel, and the Arab Spring. She also studies and writes about South Asia (Pakistan, India, and Afghanistan). She is the coeditor of “Dissent and Reform in the Arab World: Empowering Democrats” (AEI Press, 2008) and the coauthor of “Containing and Deterring a Nuclear Iran” (AEI Press, 2011). Her most recent study, “Iranian influence in the Levant, Egypt, Iraq, and Afghanistan,” was published in May 2012. She is currently working on a follow-up report on US–Iranian competitive strategies in the Middle East, to be published in the winter of 2013.

Michael Rubin is a former Pentagon official whose major research area is the Middle East, with a special focus on Iran, Turkey, Arab politics, Afghanistan, and diplomacy. Rubin regularly instructs senior military officers deploying to the Middle East on regional politics and teaches classes on Iran, terrorism, and Arab politics on US aircraft carriers. Rubin has lived in Iran, Yemen, both pre- and post-war Iraq, and spent time with the Taliban before 9/11. Encounter Books will publish his newest book, “Dancing with the Devil: The Perils of Engaging Rogue Regimes,” in early 2014.