Conservative Website Aims To Combat The Influence Of Liberal Colleges 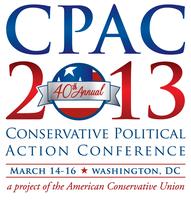 By Pema Levy | Conservatives often complain that liberal college professors give Democrats a leg up when it comes to winning over young Americans. But worried right-wing parents who attended the annual Conservative Political Action Conference this past weekend may have encountered Jim Van Eerden, who presented a solution to correct the problem.

Free Think U offers courses on a range of issues from climate change to capitalism to “American exceptionalism.” The site is more than just a resource parents can urge their children to use, however. After paying a $76 membership fee, parents can set up a “scholarship” on the site that makes students’ tuition incumbent on completing a certain amount of hours of Free Think U’s courses.

“Instead of trying to raise our own independent scholarship money, we’re saying, ‘Listen, don’t you already want to make a gift to Yale? Just make it through this platform,’” Van Eerden told the Chronicle.

Richard Van Eerden, Jim Van Eerden’s father and a co-founder of Free Think U, explained the site as a way for young Americans to “earn” their education from their parents.

“Mom and Dad are paying a certain portion of their kids’ college, and so they’re just putting some strings on it and saying, ‘Look, here’s your portion that we’re providing, but this is what I want you to do to earn it,’” Richard Van Eerden, who was also at CPAC to promote the site, told the Chronicle. “It’s a hand up instead of a handout.”

Van Eerden doesn’t pitch his website as a conservative education so much as lessons in “critical thinking,” a phrase used on the website. “We help explain politically correct opinion, and present the opposing point of view. Why? So you can make up your own mind,” the site’s mission statement reads.

The site currently offers over 20 courses, which take a couple of hours to complete. Right now, students can earn scholarship money by completing courses like, “Does Capitalism Hurt the Poor?” “Is the Second Amendment Worth Protecting?” and “Has Science Buried God?”