One More Look Into Humanity

Now that we have considered who we humans are in the created order, we leave you with this excerpt from author John Steinbeck out of his classic book, East of Eden.

“A child may ask, ‘What is the world’s story about?’ And a grown man or woman may wonder, ‘What way will the world go?  How does it end and, while we’re at it, what’s the story about?’”

I believe that there is one story in the world, and only one, that has frightened and inspired us, so that we live in a Pearl White serial of continuing thought and wonder.  Humans are caught – in their lives, in their thoughts, in their hungers and ambitions, in their avarice and cruelty, and in their kindness and generosity too – in a net of good and evil.  I think this is the only story we have and that it occurs on all levels of feeling and intelligence.  Virtue and vice were warp and woof of our first consciousness, and the will be the fabric of our last, and this despite any changes we may impose on field and river and mountain, on economy and manners.  There is no other story.  A man, after he has brushed off the dust and chips of his life, will have left only the hard, clean questions: Was it good or was it evil?  Have I done well – or ill?

….And in our time, when a man dies – if he has had wealth and influence and power and all the vestments that arouse envy, and after the living take stock of the dead man’s property and his eminence and works and monuments – the question is still there: Was his life good or was it evil? – which is another way of putting [the] question:  Envies are gone, and the measuring stick is: ‘Was he loved or was he hated?  Is his death felt as a loss or does a kind of joy come of it?’ 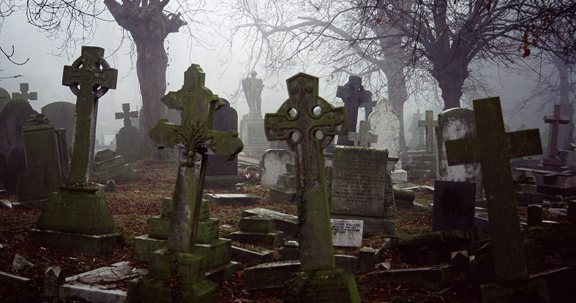 I remember clearly the deaths of three men.  One was the richest man of the century, who, having clawed his way to wealth through the souls and bodies of men, spent many years trying to buy back the love he had forfeited and by that process performed great service to the world and, perhaps, had much more than balanced the evils of his rise.  I was on a shop when he died.  The news was posted on the bulletin board, and nearly everyone received the news with pleasure.  Several said, ‘Thank God that son of a bitch is dead.’

Then there was a man, smart as Satan, who, lacking some perception of human dignity and knowing all too well every aspect of human weakness and wickedness, used his special knowledge to warp men, to buy men, to bribe and threaten and seduce until he found himself in a position of great power.  He clothed his motives in the names of virtue, and I have wondered whether he ever knew that no gifts will ever buy back a man’s love when you have removed his self-love.  A bribed man can only hate his briber.  When this man died the nation rang with praise and, just beneath, with gladness that he was dead.

There was a third man, who perhaps made many errors in performance but whose effective life was devoted to making men brave and dignified and good in a time when they were poor and frightened and when ugly forces were loose in the world to utilize their fears.  This man was hated by the few. When he died the people burst into tears in the streets and their minds wailed, ‘What can we do now?  How can we go on without him?’

In uncertainty I am certain that underneath their topmost layers of frailty men want to be good and want to be loved.  Indeed, most of their vices are attempted short cuts to love.  When a man comes to die, no matter what his talents and influence and genius, if he dies unloved his life must be a failure to him and his dying a cold horror.  It seems to me that if you or I must choose between two courses of thought or action, we should remember our dying and try so to live that our death brings no pleasure to the world.

We have only one story.  All novels, all poetry, are built on the never-ending contest in ourselves of good and evil.  And it occurs to me that evil must constantly respawn, while good, while virtue, is immortal.  Vice has always a new fresh young face, while virtue is venerable as nothing else in the world is.”

In this passage, Steinbeck goes to great lengths to show that humanity has a few higher concepts to concern itself with – namely, morality and virtue.  The next excerpt, however, shows man’s uniqueness from animals not necessarily by a higher moral accountability, but by the distinct ability we hold, an idea much in support of Dr. Sapolsky’s conclusions on humanity.

Here’s Steinbeck writing in The Grapes of Wrath:

“The last clear definite function of man – muscles aching to work, minds aching to create beyond the single need – this is man. To build a wall, to build a house, a dam, and in the wall and house and dam to put something of Manself, and to Manself take back something of the wall, the house, the dam; to take hard muscles from the lifting, to take the clear lines and form from conceiving. For man, unlike any other thing organic or inorganic in the universe, grows beyond his work, walks up the stairs of his concepts, emerges ahead of his accomplishments. This you may say of man – when theories change and crash, when schools, philosophies, when narrow dark alleys of thought, national, religious, economic, grow and disintegrate, man reaches, stumbles forward, painfully, mistakenly sometimes. Having stepped forward, he may slip back, but only half a step, never the full step back. This you may say and know it and know it. This you may know when the bombs plummet out of the black planes on the market place, when prisoners are stuck like pigs, when the crushed bodies drain filthily in the dust. You may know it in this way. If the step were not being taken, if the stumbling-forward ache were not alive, the bombs would not fall, the throats would not be cut. Fear the time when the bombs stop falling while the bombers live – for every bomb is proof that the spirit has not died. And fear the time when the strikes stop while the great owners live – for every little beaten strike is proof that the step is being taken. And this you can know – fear the time when Manself will not suffer and die for a concept, for this one quality is the foundation of Manself, and this one quality is man, distinctive in the universe.”

Here Steinbeck proposes that our unique trait among all the wonders of the universe is the ability to draw real meaning from both the world and our actions, and to stand on that very meaning to our graves.

So again, we ask you, are we human beings merely animals, or are we something more?  Does your view of the world enable you to live in it without a conflict in conscience or consistency?

Consider all that has been presented in this Thinker Education course experience – and decide if we are simply another species in our global ecosystem, a creation of immeasurable importance in God’s grand order of the world, or, perhaps, something in between? 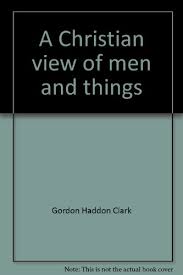