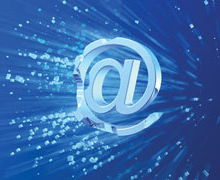 By Andy Kessler | The FCC could change this overnight by focusing on what’s best for the economy, not just for those it regulates.

In 1982, rock star Pete Townsend asked Americans to call their cable operators and, “Demand your MTV. I want my MTV!” It’s 2014, and two-minute music videos on a cable channel have given way to high-definition movies, concerts and sports streamed live to your TV, computer and phone. So where the heck is my superfast gigabit Internet access? Who do I even call?

We know it’s technically feasible. Google Fiber, with speeds up to 100 times faster than the basic broadband provided by your cable or phone company, is already up and running in Kansas City, Mo.; Austin, Texas; and Provo, Utah. And last week, Google announced it’s in talks with 34 more cities. Even Chattanooga has gigabit broadband in 56,000 homes and businesses provided by the city-owned electric company, of all things.

Users everywhere rave about gigabit service—Web pages pop onto your screen, videos stream all over the house, maps jump as you move—and this is before any Web company has implemented a specific service that takes advantage of gigabit speeds.

It’s economically feasible too. The average access speed in the U.S. is now under 10 megabits per second and costs around $40-$60. Verizon FiOS charges $300 a month for 500 megabit service. Yet Google and others charge just $70 a month for a full gigabit connection, download and upload. VTel in Springfield, Vt., charges $35. Gigabit in Hong Kong was $26 way back in 2011.

So what’s America’s problem? Why aren’t more than a handful of U.S. homes wired for gigabit? Sadly, last week’s announcement of Comcast’s $45 billion acquisition of Time Warner Cable will set back fiber deployment and gigabit homes for a decade. Comcast’s competition-limited future will reside in overcharging more than 30 million customers for bundled cable channels and a growing Internet access business that tops out at maybe 20 megabits per second. It’s almost as if they are saying, “You want fiber? Eat some Raisin Bran.”

Almost half of Time Warner Cable revenues (and my guess is far more than half their profits) are from Internet access and digital voice. There’s not much cable competition. Today, 30% of U.S. homes have either none or one provider of six megabits per second or better Internet access. Another 37% have only two providers, probably a cable company and a phone company duopoly who refuse to compete on price or speed. So cash flow goes toward paying down debt rather than upgrading your home.

Beyond cable, the big telecom carriers aren’t going to add fiber either. Verizon had huge plans to wire up 18 million homes with fiber. That’s over. Verizon Chairman and CEO Lowell McAdam said at an investors’ conference in December that “going in and digging up yards and deploying fiber in a lot of new markets isn’t in the cards.” AT&T pushes its U-Verse service, a hybrid of new fiber and copper phone lines already in the ground, which can never handle more than tens of megabits per second service. No one wants to dig.

So how does Google dig up streets and climb poles and run fiber directly to homes? Simple, they ask for and get concessions from cities—the most important being right-of-way easements and expedited permits and inspections. Kansas City was more than happy to oblige. In September 2012, Federal Communications Commissioner Ajit Pai said, “it is critically important that states and local communities adopt broadband-friendly policies when it comes to rights-of-way management.”

Well, not so fast. Last month a bill was introduced in the Kansas legislature, pushed by the Kansas Cable Telecommunications Association and presumably Time Warner Cable, to outlaw cities from selling cable and Internet services or even partnering with private service providers. Meanwhile, AT&T is slowing Google Fiber deployment in Austin by denying access to its utility poles. The incumbents’ strategy seems to be kill the demon seed in its crib.

Gigabit is in demand. Many cities, like Louisville, Ky., have invited Google Fiber but been turned down. Google didn’t like the terms. Even Mountain View, Calif., home of the Googleplex, reportedly declined to make the necessary concessions. Remember, most municipalities collect a kickback in the form of cable franchise fees (up to 5% of revenues) in exchange for the right of way. Hard to give that up. Citizens be damned.

The FCC can change this overnight. Instead of allowing municipalities to dictate onerous terms and laws that lock in (slow) incumbents, the FCC can mandate right-of-way rules similar to those granted Google Fiber to all credible competitors. If only the federal regulator would promote progress and focus on what’s best for the U.S. economy rather than for those it regulates.

It’s doubtful the Obama FCC will take up the challenge. Instead, last week it said it will introduce new rules to stop Internet providers from charging different prices for different content, like movies and TV shows on Netflix or Hulu. A U.S. appeals court in January threw out the FCC’s previous “network neutrality” rules as unconstitutional. Great, now a new set of convoluted net-neutrality rules that will limit incentives to run fiber.

New rules aren’t the solution. With real competition, you get net-neutrality for free. If one operator in your town makes Netflix pay to guarantee its movies stream smoothly, as Comcast announced Sunday it will begin doing, that opens up a market for the next operator to do it for less, or free.

So where is the next generation of broadband? Call your congressman. Tell him, in your best Pete Townsend voice, “I want my Gigabit Home!”