Why It Matters That the Exodus Really Happened 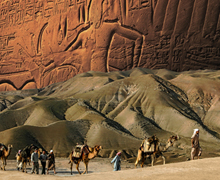 By Gregory Alan Thornbury | No less than Western law, the civil rights movement, and Christianity itself rest on the historicity of the biblical event.

Does it matter whether or not the Exodus of Moses actually took place? In a recent screed in Newsweek, Kurt Eichenwald mocked the historicity of the Bible, questioning whether or not it was even possible to understand Scripture’s meaning at all. Rebuttals to the piece appeared immediately and forcefully. I, for one, noted the irony that such a poorly researched article passed muster at a magazine that once featured stellar religion reporting under legendary editor Kenneth Woodward. The controversy over Eichenwald’s article served to remind us that the Bible’s truthfulness remains on the front burner of national debate. 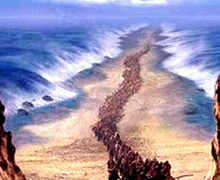 And a new documentary will likely spur that debate.  Patterns of Evidence: The Exodus, a film more than a decade in the making, appeared in about 700 US theaters last week. Directed and produced by Timothy P. Mahoney, it explores a central issue at the heart of the debate over the Bible’s historical reliability: whether or not Moses led Israel out of bondage in Egypt, through the Red Sea on dry ground, and into the wilderness of Shur (Ex. 15:22). Mahoney is not an Old Testament scholar, an archeologist, or a theologian. Rather, he is a lay evangelical Christian who admits he sometimes doubts that the Exodus was a real historical event. He appears on screen as himself, asking a difficult question: Can I trust the biblical text that I hold in my hands?

To answer this, Mahoney travels to the Middle East to interview prominent scholars such as Mansour Baraik, Director General of Antiquities at Luxor in Egypt, and Israel Finkelstein, a prominent archeologist at Tel Aviv University. These and other experts tell us that they see little if any correlation between the events described in Exodus and what they and others have found in the archeological record.

The film also gives screen time to Rabbi David Wolpe of Sinai Temple in Los Angeles, one of the nation’s largest Jewish congregations. Wolpe articulates his view that faith need not correspond with historical or scientific fact, especially in the case of the Exodus recounted in Torah. He isn’t “black and white” about the issue, though. “The extent to which the story has a historical core is very hard to say,” he tells radio talk-show host Michael Medved. “But my deeper conviction about it is that whether [the story] was true, it is true, and those are two different things.”

Mahoney explores whether there is any evidence that Jews lived in Egypt at the time of Rameses. The answer he gets from scholars is, once again, “no.” He connects the dots to explain the serious implications—if the scholars are right that is: “No Jews in Egypt means no Exodus. No Exodus means the foundation of Judaism is a myth. And for Christians it means that Jesus Christ and the writers of the New Testament got it wrong because they all accepted the reality of Moses and the Exodus and built their teachings on them.”

That’s precisely right. At several points in the Gospels, Jesus refers to Moses and his commandments as though Moses really wrote them. At the Last Supper, Jesus connected his physical death—blood and body—with that of Moses’ Passover Lamb sparing the life of the Israelites during the Plague of the Firstborn. Did Jesus predicate his own sacrificial death on the cross upon an event that never occurred? If that is the case, the entire covenantal nature of the biblical narrative falls apart. Jesus of Nazareth cannot be “the new Moses” if Moses never existed. What we’re left with is the Messiah of Andrew Lloyd Webber’s Jesus Christ Superstar—one who simply dies on the cross. Cut to the credits.

Why It Matters That the Exodus Really Happened