Why I Teach Plato to Plumbers: Are Liberal Arts for Everyone? 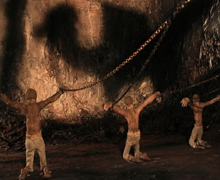 By Scott Samuelson | Once, when I told a guy on a plane that I taught philosophy at a community college, he responded, “So you teach Plato to plumbers?” Yes, indeed. But I also teach Plato to nurses’ aides, soldiers, ex-cons, preschool music teachers, janitors, Sudanese refugees, prospective wind-turbine technicians, and any number of other students who feel like they need a diploma as an entry ticket to our economic carnival. As a result of my work, I’m in a unique position to reflect on the current discussion about the value of the humanities, one that seems to me to have lost its way.

As usual, there’s plenty to be worried about: the steady evaporation of full-time teaching positions, the overuse and abuse of adjunct professors, the slashing of public funding, the shrinkage of course offerings and majors in humanities disciplines, the increase of student debt, the peddling of technologies as magic bullets, the ubiquitous description of students as consumers. Moreover, I fear in my bones that the supremacy of a certain kind of economic-bureaucratic logic—one of “outcomes,” “assessment,” and “the bottom-line”—is eroding the values that undergird not just our society’s commitment to the humanities, but to democracy itself.

The problem facing the humanities, in my view, isn’t just about the humanities. It’s about the liberal arts generally, including math, science, and economics. These form half of the so-called STEM (science, technology, engineering, math) subjects, but if the goal of an education is simply economic advancement and technological power, those disciplines, just like the humanities, will be—and to some degree already are—subordinated to future employment and technological progress. Why shouldn’t educational institutions predominately offer classes like Business Calculus and Algebra for Nurses? Why should anyone but hobbyists and the occasional specialist take courses in astronomy, human evolution, or economic history? So, what good, if any, is the study of the liberal arts, particularly subjects like philosophy?  Why, in short, should plumbers study Plato? 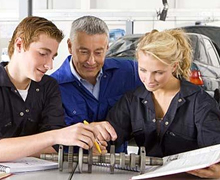 My answer is that we should strive to be a society of free people, not simply one of well-compensated managers and employees. Henry David Thoreau is as relevant as ever when he writes, “We seem to have forgotten that the expression ‘a liberal education’ originally meant among the Romans one worthy of free men; while the learning of trades and professions by which to get your livelihood merely, was considered worthy of slaves only.”

There are among future plumbers as many devotees of Plato as among the future wizards of Silicon Valley.

Traditionally, the liberal arts have been the privilege of an upper class. There are three big reasons for this. First, it befits the leisure time of an upper class to explore the higher goods of human life: to play Beethoven, to study botany, to read Aristotle, to go on an imagination-expanding tour of Italy. Second, because their birthright is to occupy leadership positions in politics and the marketplace, members of the aristocratic class require the skills to think for themselves. Whereas those in the lower classes are assessed exclusively on how well they meet various prescribed outcomes, those in the upper class must know how to evaluate outcomes and consider them against a horizon of values. Finally (and this reason generally goes unspoken), the goods of the liberal arts get coded as markers of privilege and prestige, so that the upper class can demarcate themselves clearly from those who must work in order to make their leisure and wealth possible.

We don’t intellectually embrace a society where the privileged few get to enjoy the advantages of leisure and wealth while the masses toil on their behalf. Yet that’s what a sell-out of the liberal arts entails. For the most part, the wealthy in this country continue to pay increasingly exorbitant tuition to private prep schools, good liberal arts colleges, and elite universities, where their children get strong opportunities to develop their minds, dress themselves in cultural capital, and learn the skills necessary to become influential members of society. Meanwhile, the elite speak of an education’s value for the less privileged in terms of preparation for the global economy. Worse yet, they often support learning systems designed to produce “good employees”—i.e., compliant laborers.  Then, money for public education is slashed, and tuition soars. Those in the middle class, let alone the poor, have to fight an ever-steepening uphill battle to spend their time and money on the arts appropriate to free people.

As a professor with lots of experience giving Ds and Fs, I know full well that the value of the liberal arts will always be lost on some people, at least at certain points in their lives.  (Whenever I return from a conference, I worry that many on whom the value of philosophy is lost have found jobs teaching philosophy!) But I don’t think that this group of people is limited to any economic background or form of employment. My experience of having taught at relatively elite schools, like Emory University and Oglethorpe University, as well as at schools like Kennesaw State University and Kirkwood Community College, is that there are among future plumbers as many devotees of Plato as among the future wizards of Silicon Valley, and that there are among nurses’ aides and soldiers as many important voices for our democracy as among doctors and business moguls.

I recently got a letter from a former student, a factory worker, thanking me for introducing him to Schopenhauer. I was surprised, because I hadn’t assigned the German pessimist. The letter explained that I’d quoted some lines from Schopenhauer in class, and they’d sparked my student’s imagination. When he didn’t find what I’d quoted after reading all of volumes one and two of The World as Will and Representation, he started in on Parerga and Paralipomena, where he was eventually successful. Enclosing a short story that he’d recently written on a Schopenhauerian theme, he wrote me a long letter of thanks for inadvertently turning him on to a kindred mind.

Once, during a lecture I gave about the Stoics, who argue that with the proper spiritual discipline one can be truly free and happy even while being tortured, I looked up to see one of the students in tears. I recalled that her sister in Sudan had been recently imprisoned for challenging the local authorities. Through her tears my student was processing that her sister was likely seeking out a hard Stoic freedom as I was lecturing.

I once had a janitor compare his mystical experiences with those of the medieval Sufi al-Ghazali’s. I once had a student of redneck parents—his way of describing them—who read both parts of Don Quixote because I used the word “quixotic.” A mother who’d authorized for her crippled son a risky surgery that led to his death once asked me with tears in her eyes, “Is Kant right that the consequences of an action play no role in its moral worth?” A wayward veteran I once had in Basic Reasoning fell in love with formal logic and is now finishing law school at Berkeley.

The fire will always be sparked. Are we going to fan it, or try to extinguish it?