Why Difficult Conversations are Impossible 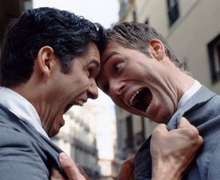 By JC Sullivan  | Last week, Senate Majority Leader Mitch McConnell announced his intention to delay a vote on Loretta Lynch’s confirmation as United States Attorney General until the Senate considers a bill aimed at fighting human trafficking. This bill has met Democratic opposition because of certain anti-abortion provisions. The entire mess demonstrates Washington’s propensity to value political bickering and point scoring over functional governance and policy making. Such a storyline is simply the latest plot twist in Washington’s political theater.

However, some Democrats have asserted that the confirmation hold up derives from a more insidious motive than “politics as usual.” Representative Corrine Brown commented, “there is hidden racism rampant in the House and the Senate.” Potential presidential candidate Hilary Clinton tweeted that the hold-up was one third of a “Congressional trifecta against women.” Senator Dick Durbin declared, “Loretta Lynch, the first African-American woman nominated to be attorney general, is asked to sit in the back of the bus when it comes to the Senate calendar.”

I have no interest in defending Congressional Republicans’ decision to stall the confirmation of Ms. Lynch. However, the claim that these actions come from a place of racism or sexism is idiotic. As President Obama iterated, “this is purely about politics.” Perhaps the most dumbfounding aspect of such claims is that Eric Holder, the man Loretta Lynch will eventually replace, is an African-American who was confirmed with bipartisan support. Or maybe more dumbfounding is that Senator Durbin filibustered Janice Rogers Brown’s nomination to the U.S. Court of Appeals for the D.C. circuit, considering Ms. Rogers Brown was the first African-American woman nominated to serve the position. 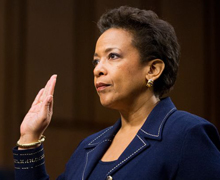 Even though these accusations are clearly unsupported, these types of comments have become commonplace in political rhetoric. Further, I think they represent a dangerous trend that has emerged among national discourse on topics of race and sex.

One’s identity and adherence to an ever-growing standard of political correctness supersede reason and evidence as the standard by which arguments are evaluated and ultimately accepted or rejected. Usually on the basis of toleration, debate on topics of race or sex is intensely regulated by those who feel any opposing viewpoint is inherently biased, bigoted, hateful, offensive or any of the growing list of “isms.” This standard maintains that your identity fundamentally incorporates a bias or inability, ranging from subconscious ignorance to ingrained hatred, when discussing such topics. The logical basis or evidential support of one’s contribution is at least qualified and often dismissed based on such a standard.

This new standard is evident in the claims of racism and sexism in the Lynch confirmation. While it is blatantly obvious that the confirmation hold up is a political maneuverer, the mere fact that Loretta Lynch is a black female allows outrageous claims of sexism and racism against Senate Republicans to not only be entertained but embraced.

The irony of such a standard of political discourse is that it is inherently intolerant and exacerbates racism and sexism. It is, without qualification, intolerant that one’s viewpoint is discredited or written off from a discussion because of his or her identity or the identity of his or her opponent. To assume that any disagreement with an individual is motivated by racism or sexism utterly destroys meaningful conversation, especially regarding race or sex. It also manipulates our understanding of racism or sexism in the United States because such claims are recognized without any due consideration of evidence or reasoning.

Consider the post on Salon titled 10 ways white people are more racist than they realize. The article claims to elevate a national conversation about racial tolerance. Yet, it does so by describing ways in which an entire race is inherently biased and therefore unqualified to discuss this topic. Recall that the definition of racism is the belief that all members of each race possess characteristics or abilities specific to that race.

Identity and a logically inconsistent notion of “tolerance” is the standard in our contemporary discourse, not reason or evidence. This incorrect ordering creates a misguided understanding of an individual’s contribution as singularly motivated by his or her own identity or the identity of his or her opponent. This is perhaps the worst way to carry out a national dialogue on these fragile yet vital topics.

If we want to have a real conversation about race or sex, which is what you hear in the ironically constant conversations about these topics, I would start by examining what contributions we value in this conversation and why. We already are having a conversation about race and sex in the United States, but when claims of sexism or racism are even entertained in circumstances like the confirmation of Loretta Lynch, I understand why many are disappointed with the results.

Why difficult conversations are impossible