Where Did Kindness Go? 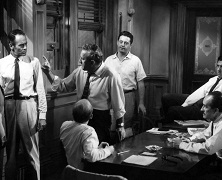 By Publius | Civility in our society seems to be at an all time low.  The art of disagreement has disappeared.

Real civility allows for disagreement to be artfully pursued between two people without harsh emotion, relational damage (or violence!) to those having the debate. Our airwaves and conversations seem full of hostile yelling rather than civil discourse.  While this is a sad and damaging element of our socio-political environment, it is even more difficult at a personal level.  Many today choose to talk about things in “safe and shallow waters” rather than swimming into the deeper waters where we learn to swim – even with close friends.  What can be done to recover the ability to have a good argument without fearing lost relationships or avarice?

The problem seems to stem from a desire to avoid offending others.  Ironically, this has created a rather offensive situation. We become so sensitive to the feelings of others that we say only those things that we can all agree upon.  Make no doubt about it: like a good screenplay (which always involved tension and conflict), life lived well includes moments of debate and disagreement, even with close friends.

So is it possible to disagree and still be friends?  How can we have good passionate discussion without it costing us a friendship?

Some suppose that it involves a strict adherence to being “politically correct.” Wikipedia defines this as denoting “language, ideas, policies, and behavior seen as seeking to minimize social and institutional offense in occupational, gender, racial, cultural, sexual orientation, certain other religions, beliefs or ideologies, disability, and age-related contexts.”  It goes on to note that the term is typically a pejorative one.  People who are politically correct like to consider themselves to be “tolerant.”

The modern idea of tolerance is that to disagree at all is to imply that the other person in a discussion is in some way wrong.  This is the awkward moment so many want to avoid at all costs because we have bought into a radical kind of relativism.  If the only truth is what each of us believes in his heart, after all, then there must be a way for everyone’s heart to be, in some way, “right.”

This gets very sticky in the context of a college campus where ideas and issues get bandied about every day.  One view would espouse an academy where everyone is allowed to hold whatever opinion they desire, even when it is in direct contradiction to someone else’s position.  The only unallowable position is the one that purports to be right to the exclusion of any other point of view.  And again, if we adopt a relative view of truth, then this is perhaps the only viable position to hold.

But what about the possibility, which has been common since the dawn of time, that truth is real, and can be known, and can be communicated?  If this is so, then tolerance as defined by the modern mind is not going to work.  If there is such a thing as truth, then there will be people who do not know or want to accept it – and those folks will be wrong.  So does this mean fights break out all over campus?  Not necessarily.  There are ways to be civil. The following takeaways are hints at how to return to civility.

1. LISTEN – one of our biggest problems today is the brevity of our conversation.  Take your time and hear your friend out.  Try to understand their point of view before seeking to simply press your view home on them.

2. ASK QUESTIONS.  Lots of them.  Assumptions kill civility.  When we assume we know that someone is saying, or was going to say, or is thinking without saying, we kill real communication.  But when we start asking them questions, we open up dialogue.  Three simple questions will always help:

a. What do you mean by that term?

b. How do you know that?

c. What difference will this make?  And what if you are wrong?

3. CLARIFY.  This goes hand-in-hand with asking questions, but make sure you and your friend mean the same thing when you use the same term.  Make sure before your address their views that you know what they mean.

4. ADMIT YOUR LIMITS.  Humility is tantamount to civility.  Admitting we don’t know something is much better than pushing our way on through, making it up as we go along.  “A man has to know his limitations.”

5. AVOID THE HAMSTER WHEEL. Nothing is worse than a debate that gets stuck in a circle.  If you have heard out the other side, and been given adequate time to clearly state your view, and both sides are still not in agreement, smile and offer them a French fry (or some healthier alternative).  Work hard to find some common ground; and recognize that not every conversational package is meant to have a bow put on it.  Come back around later; but some conversations need rest and perspective to resolve, and some never quite do.

These kinds of actions and attitudes can be used to provide the groundwork for real (and fun) debate, discussion, and imaginative thinking, without the need for tears or fears.  Enjoy this aspect of a great education, or you will be missing out.