When Tolerance Turns to Coerced Celebration 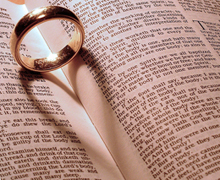 By Jennifer A. Marshall | Arizona Gov. Jan Brewer last night vetoed what should have been a straightforward religious freedom bill. Minor clarifications to existing law got lost in an avalanche of gross mischaracterization as national pundits predicted the bill would usher in a “homosexual Jim Crow” regime with rampant denial of services by business owners to gays and lesbians.

The development is a stunning sign of increasing intolerance of basic protections for religious liberty. Actually, the Arizona bill would have given legal recourse to religious entities that decline to participate in celebrating same-sex relationships.

The legal freedom to live and love according to one’s preferences does not imply that government should compel others to celebrate all relationships. The law should uphold the freedom to speak and to act publicly consistent with biblical beliefs about marriage.

A look at the text of the Arizona bill (a grand total of two pages) reveals the modest nature of the language and how national discourse misled the public about it. The bill said nothing about sexuality whatsoever. It consists of a few lines of edits to a state law protecting religious liberty. That law was modeled after the federal Religious Freedom Restoration Act (RFRA), passed by overwhelming bipartisan majorities in Congress and signed by President Clinton in 1993. 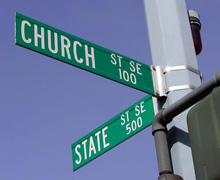 Purpose of the Amendment

The amendment proposed to Arizona law simply would have explicitly clarified that “person” in the law includes groups of persons—in other words, churches, associations, and businesses. This change would make the law consistent with RFRA.

One reason for the clarification was to protect Arizona citizens from the kind of government action brought against Christian businesses elsewhere when they declined to use their talents to celebrate same-sex weddings or commitment ceremonies. To suggest that such a protection for religious liberty provides a carte blanche to refuse any service to gays and lesbians is not plausible.

The bill merely provided the right for a sincere claim of religious liberty to be heard in court and judged on the basis that government may impose a substantial burden on such beliefs only if it proves that burden furthers a compelling government interest pursued through the least restrictive means possible.

It is a common religious teaching that marriage is the union of a man and woman. It also has become increasingly clear that associations and businesses need religious liberty protections to avoid being compelled to violate that belief. The quintessential case is the wedding photographer, and a wedding I attended last weekend provides a good example.

Like many couples, the bride and groom sought a storyteller to capture photographically the event symbolizing two becoming one. The photographer was practically an extension of the family for the day—in the bride and groom’s respective homes beforehand, rallying the wedding party at the ceremony, mingling with guests at the reception. He alternately cheered and coaxed to capture the moments that told the story of the day in a way that would celebrate the couple’s relationship. On his website afterward, the photographer thanked the bride and groom for making him a part of their wedding.

Considering such dynamics, a Christian photographer understandably could decide to decline participating in a same-sex wedding. Elaine Huguenin, who runs the New Mexico-based Elane Photography with her husband, Jon, did just that when a lesbian couple approached her to photograph their ceremony in 2006. The couple found another photographer (at a lower price) but hauled the Huguenins before the state Human Rights Commission, which decided against the business owners. The Huguenins lost an appeal before the New Mexico Supreme Court and have appealed to the U.S. Supreme Court, which has not decided whether to hear the case.

When same-sex couples ask a baker to furnish a wedding cake (as one did in Colorado) or want their florist to design arrangements for their wedding (in Washington state), it amounts to a similar appeal for expressive, artistic talents to facilitate celebration of a same-sex relationship. For many Christians who believe that marriage is the union of a man and a woman, that participation poses a conflict. They should be free not to contribute their celebratory talents. Instead, in these and other cases they’ve faced adverse government action.

Tellingly, some supporters of same-sex marriage see a problem with such coercion. It goes both ways, as one analyst writes: “gay photographers and bakers shouldn’t be forced to work religious celebrations.” Whether a given pundit or lawmaker—or even some other religious believers—would make the same choice as the Huguenins, the Washington florist, or the Colorado baker is beside the point. Religious freedom allows just such difference of opinion.

Tolerance means recognizing others’ right to refuse to celebrate what they don’t agree with. Religious liberty protections defending that right take nothing away from anyone. But compelling celebration certainly does.

This caricaturing of religious liberty in Arizona should be a wake-up call that prompts more Americans—particularly religious believers—to seek out the facts and to steward our freedoms more diligently.