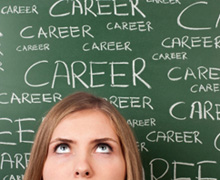 By Mark Perry | The college class of 2011 by academic discipline and gender; and the selective concern about gender imbalances 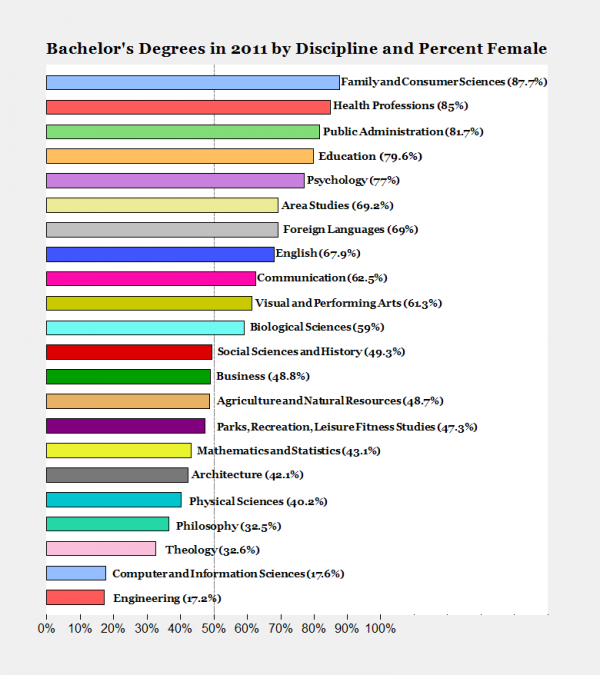 The chart above is based on data from the Department of Education for bachelor’s degrees by academic discipline and the sex of the graduating students for the college class of 2011 (most recent year available). Here are some observations:

4. For the most gender-unbalanced academic fields favoring males, 481 men graduated in 2011 with a bachelor’s degree in engineering for every 100 female graduates, and 467 men earned a degree in computer science for every 100 women.

5. We hear all the time about female under-representation in STEM (science, technology, engineering and math) fields, but women actually outnumbered men for bachelor’s degrees in the STEM field of “Biological and Biomedical Sciences” by a ratio of 144 female graduates for every 100 males. Women also earned more than 43% of all bachelor’s degrees awarded in Mathematics and Statistics in 2011, and they earned more than 44% of the degrees in general mathematics (the most popular of the 12 sub-disciplines in math). For general chemistry (another STEM field), women earned nearly half (48.8%) of the bachelor’s degrees awarded in 2011.

6. Although not shown here, female over-representation in higher education gets even greater at the master’s level. In 2011, women earned more than 60% of the graduate degrees awarded, which means that there were almost 151 women earning master’s degrees in that year for every 100 men. Women also earned a majority (53.2%) of all doctoral degrees awarded in 2011.