What Would Tocqueville Say About #CancelColbert? 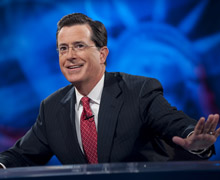 By Marjorie Romeyn-Sanabria | Suey Park, a 23-year-old self-professed activist known on Twitter for the hashtag #NotYourAsianSidekick, which provided Asian women a space to discuss and vent the limiting and often stereotyped perceptions of Asians in popular culture, took on a big fish last week with her latest cause, #CancelColbert. The hashtag was in reaction to Colbert’s proposed fictional non-profit, “The Ching-Chong Ding-Dong Foundation for Sensitivity to Orientals or Whatever”. The joke’s target was billionaire and Washington Redskins owner Dan Snyder. The joke cleverly, if crudely, demonstrated how a public gesture to make amends with a marginalized community backfired spectacularly.

Park belongs to a generation that uses the Internet as a virtual public square to air grievances and provoke discussion. As recently as five years ago, this meant ranting on a forum like Reddit, where new topics came and went everyday without anyone noticing. With the advent of social media as an unofficial fifth estate, trending topics can be either a boon or bane to journalism and public debate. Park has stood apart from the pack, however, in her ability to harness the general snark and point it in a particular direction. In this case, it was Colbert, a seasoned comedian with a primetime show. It worked: the hashtag trended for days and was turned into a story that was picked up by major media outlets. 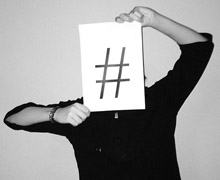 Mocking Colbert seems, frankly, superfluous, as mocking is something he already does quite well. Anyone with a Hulu account knows that Colbert is satirical, and it is always obvious whom Colbert is targeting. During Obama’s campaign in 2008, Colbert called the then-senator “a secret time traveling Nazi Muslim” and there was no backlash, at least certainly not to this degree. What changed? The appearance of “hashtag activists” like Park who rally thousands of their peers to police the Internet and publicly shame those they disagree with. There is a line between advancing public debate and mudslinging, and it’s a pretty thick line—well-worn with laws and ideas ranging from the First Amendment to Tocqueville, and that distasteful little patch in our history called the McCarthy period.

Tocqueville’s insights on the dangers of democracy—mob rule—are especially relevant here. He wrote: “I am therefore of the opinion that social power superior to all others must always be placed somewhere; but I think that liberty is endangered when this power finds no obstacle which can retard its course and give it time to moderate its own vehemence.” The power he is referring to is the sovereignty of the people, the majority who elect politicians, and along with it, set the agenda. Twitter has no such middleman, no representative to advocate policy in virtual space. There is the instant gratification of a response, and the fickle herds that congregate and disperse around hashtags that may or may not be promoting informative discussions. There is an opening for leaders to direct majority rule as they see fit, to set the agenda and push all who disagree with them off the Internet. The result is democratically enforced censorship.

Yes, there is racism, and, yes, we need to talk about it. But viral hashtags calling for public penance do not constitute free speech: they create a mob demanding blood. Just as virtual public squares can be a place for peaceful gatherings, they can also be a place for mobs to assemble and clamor for their own skewed, narrow view of justice.