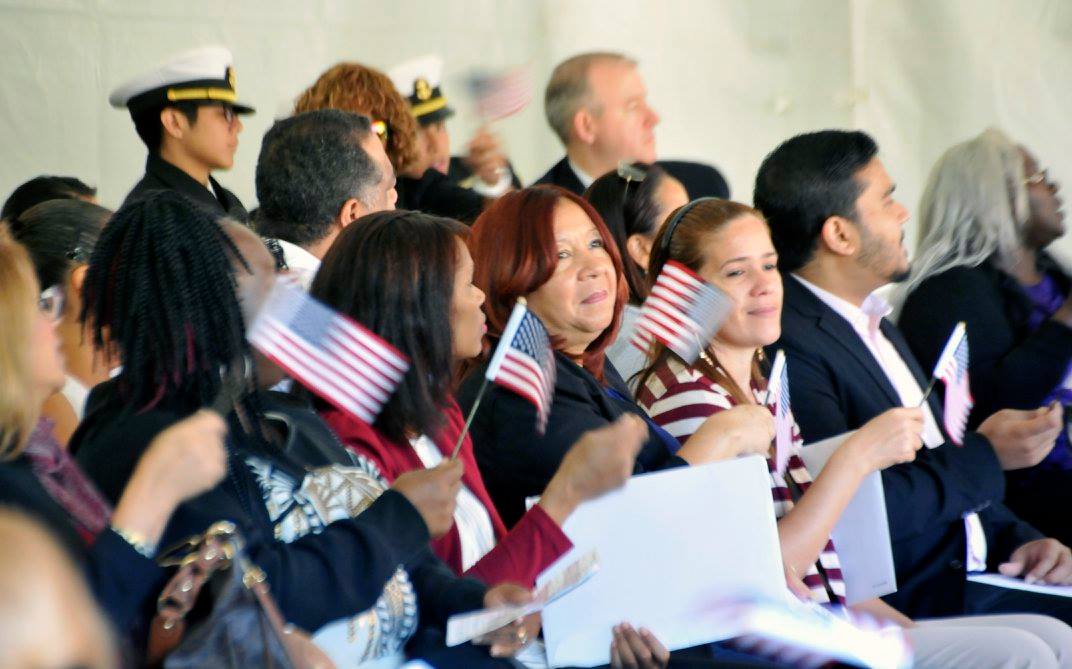 This is adapted from a talk Mike Gonzalez gave at The Heritage Foundation’s December event “The Problem of Nationalism.”

One of the best enunciations of the theme of the creed that we have is from 1921. Having embarked on his first visit to the United States, G.K. Chesterton, an English writer, wrote that “America is the only nation in the world that is founded on a creed.”

Other nations don’t have a need for a unifying doctrine because, as he put it, “England is English, France is French, and Ireland is Irish.” Nobody questioned that. He goes on to write that an Englishman never questions that fact that he’s English. While many have rightly remarked on the importance of this statement—it’s quoted all the time—nobody really talks about the timing of it.

Actually, 1921, when he wrote this, is an important year for Chesterton to make this observation. Just three years earlier, at the end of World War I, three large cosmopolitan empires that had a large landmass in Europe—I’m talking about the Ottoman Empire, the Habsburg Empire, and the Russian Empire—break up and out of this collapse emerge a gaggle of nation-states that were more or less expected to be territorial expressions of the leading ethnic group. They were not all one ethnic state, but they each had one main ethnic group. For example, Latvia was supposed to be the nation of the Latvians, Poland the nation of the Poles.

In 1921, also, we see finally the end of a very grueling three-year War of Irish Independence and for the first time in centuries of English rule, you had the emergence of the Irish Free State. So lots of things are happening in Europe and they’re all understood to be ethnic-based. 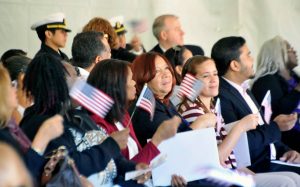 America was, from the start, the only nation that drew its authority from natural right, as Kim Holmes said, and remains so to this day, arguably. It derives its legitimacy from the idea that people are born with rights, not many. It’s not a whole panoply of rights, but very fundamental rights.

These rights are negative in the sense that you possess them until somebody comes along and takes them again, a king or a dictator or a mob. It could be an electoral mob, as well.

These are the rights of free expression, the freedom of conscience, the right to life, the right to property, the right of assembly, not many more than that. As Kim said, they’re universal. Humans, as a result of being human, have these rights.

What is unique is that we are based on that, and the Founders discussed this ad infinitum, and they were very proud of the fact that they were unique in this. I think Hamilton puts it best when he wrote, “It seems to have been reserved to the people of this country to decide whether societies of man are really capable of establishing good government from reflection and choice and whether therefore are destined to depend for their political constitutions on accident and force.”

So America was created not by accident or force, but by reflection and choice.

Immigrants who came in in the tens of millions in the intervening 240 years … between 1850 and today, we have a hundred million immigrants. They’re expected to develop an emotional attachment to these principles and actually to the parchments in which the principles are codified. This, too, is uniquely American.

We have an echo of this in the Mayflower Compact that the Pilgrims signed with the non-dissenters who were on the ship, whom they called the Strangers, and they agreed to a civil-bodied politic. This habit of writing principles into documents and then abiding by them stood in stark contrast, for example, to England, which does not have a written constitution, and definitely to the ethnic birth of nationalism in Europe.

But again, as Kim said, it couldn’t be just a creed. It couldn’t just be based on mere practicality. Man is not made that way.

A deeper loyalty was commanded, and Madison wrote that the documents required something more instinctive and primitive. They deserved veneration.

There’s a need for a culture to emerge that instills this veneration in the creed, and it’s precisely because of the exceptional nature of this culture and this creed that something I write about often, the attacks on America’s culture and creed over the last 30 or 40 years, is such a threat to our ability to sustain republican government.

We can go later on, if you want, in the Q&A on the nature of this attack, whether it’s happenstance and benign or whether it’s part of a purposeful plan by ideologues to replace the tradition of small government that we have with the continental notion that puts man at the behest of a centralized large state.

I’ll just close out by saying one of the problems with nationalism is that it can contribute to a large state, as my colleagues Jim Carafano and Jack Spencer will explain, but we don’t want to be misunderstood. I believe that the nation-state, although it shouldn’t, as Kim said, it shouldn’t be worshiped per se, but it is a rational way to safeguard our individual rights better than the clan or the empire. It is far better than transnationalism. But that is our understanding, that the government serves the people and not the other way around. Thanks.