This Is Irrefutable Evidence Of The Value Of A Humanities Education 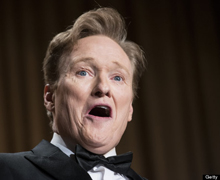 By Carolyn Gregoire | “You shouldn’t enter college worried about what you will do when you exit,” David Rubenstein, co-founder of the Carlyle Group, said at a World Economic Forum panel discussion last week on the state of the humanities.

These words may be comforting to the thousands of humanities and social sciences undergraduates who have been told that by choosing their major, they’ve chosen a life of underemployment, debt and ramen.

Needless to say, humanities majors tend to get a bad rap. Mention of the humanities in the media is often accompanied by the word “decline,” followed by reports of bleak job prospects. Philosophy, English and History — three of the most popular humanities majors — also topped The Daily Beast’s most useless majors list in 2012. But is future earning potential really the best way to judge an area of study?

As Jordan Weissmann wrote in The Atlantic last week, money is a pretty bad way to measure the value of a college major. In addition to the self-selection bias (creative writing majors will likely be less motivated to earn lots of money than business majors), Weissmann explains that there is value in choosing an area of study that you truly care about.

“There’s something to be said for encouraging students to study something that they enjoy, or have a natural talent for,” writes Weissmann. “Namely, they’re more likely to stick at it. When a bored or frustrated student switches majors, whether it’s from engineering to biology or economics to sociology, it often increases their time to degree, which in turn makes it less likely they ever graduate.”

What’s more, the broke-unemployed-humanities-major stereotype may not have much of a basis in reality. According to data from the Association of American Colleges and Universities, as reported by The Atlantic, humanities and social science majors earn a similar amount as pre-professional majors do over a lifetime. And as Rubenstein noted at Davos last week, career-specific skills can often be learned on the job — whereas critical thinking and problem-solving skills are invaluable benefits of a humanities education — as demonstrated by the many Wall Street executives who studied humanities in college.

The proof is in the pudding: Stereotypes and statistics asides, a number of liberal arts and social sciences majors go on to have successful careers in a variety of fields, including business, tech, law and politics.

Here are 10 highly successful people, from TV hosts to presidential candidates to Wall Street CEOs, who prove that humanities majors are anything but useless — and that money isn’t a very good judge of a college major.

Comedian Conan O’Brien spent his time at Harvard studying history and American literature and editing humor publication The Harvard Lampoon, until graduating with a BA in 1985. O’Brien then moved to Los Angeles and began writing for HBO, and his career in television was born.

In 2010, 25 years after he graduated, a fan found a copy of O’Brien’s senior thesis, “Literary Progeria in the Works of Flannery O’Conner and WIlliam Faulkner,” at the Harvard library and surprised the comedian with it. O’Brien compared the experience of looking at the thesis again for the first time in years to “a Vietnam vet going back into the jungle.”

Former Republican presidential hopeful Mitt Romney came out of the closet about being an English major during a 2012 guest appearance at Otterbein University in Ohio. One professor in the English department at Brigham Young University, Marshall Craig, said that Romney was even considering a PhD program in English.

But after his four-year liberal arts stint at BYU, Romney went on to instead earn graduate degrees in business and law from Harvard.

CNN founder Ted Turner chose to focus his studies on the wisdom of the ancients as a Classics major at Brown University, much to his father’s chagrin. After hearing of Turner’s decision to study classics, his father sent him an angry letter, which Turner submitted to be published in the student newspaper.

“I suppose everybody has to be a snob of some sort, and I suppose you will feel that you are distinguishing yourself from the herd by becoming a Classical snob,” his father wrote in the letter, later detailed in Turner’s autobiography Call Me Ted.