The Unholy Alliance Against Online Learning 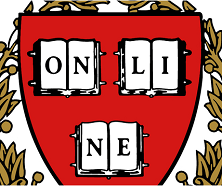 By Richard Vedder | I am teaching my college course in American economic history the same way I did 47 years ago, which is similar to the way Socrates taught 2,400 years ago. I am far from unique. There is nothing wrong with this, but the lack of productivity improvements in higher education today helps explain the rising cost of college. That may change with the innovative use of new technologies, which show promise in offering high-quality instruction at a low cost. Unfortunately, government regulation and accrediting organizations may slow that progress.

In Minnesota recently, the Office of Higher Education announced that no one could offer courses unless the state authorized them. Authorization involved filling out forms, getting bureaucratic approval and paying a fee. Since the online venture Coursera didn’t do any of that, the education office insisted that Coursera update its “terms of service” to inform Minnesotans that they couldn’t take Coursera’s classes or, if they did, they had to complete most work outside the state.

The rule lasted one day. News of the clampdown led to a national outcry, and the restrictions were quickly lifted, allowing time for the Minnesota Legislature to update its education statutes. Coursera restored its normal terms of service.

It and other organizations such as Udacity, edX, the Saylor Foundation and StraighterLine offer free or low-cost digital instruction of relatively high quality. Coursera, founded by two Stanford University professors, has joined with prestigious private universities (including Princeton, Columbia, Brown, Pennsylvania, Johns Hopkins, Stanford and Duke) as well as top state schools (such as the universities of Florida, Illinois, Maryland, Michigan, Virginia and Washington) to offer large numbers of courses — now about 200. edX, a consortium that involves Harvard, MIT, the University of California at Berkeley, and the University of Texas, is doing the same thing.

The Minnesota rule was short-lived, but there will be other challenges. The federal government fought for two years to make all online providers get authorization in every state where they have students, a prohibitively expensive process for smaller operators. Fortunately, the courts have forced the Education Department to back off.

Unfortunately, there may be less recourse when it comes to accrediting organizations that have done their bit to restrict competition in higher education. Ashford University, an online for-profit institution with about 75,000 students, is an easy target. Although it is fully accredited in the Midwest by the Higher Learning Commission, it was denied accreditation for the same educational offerings by the Western Association of Schools and Colleges, which is located nearer the San Diego headquarters of the university’s parent company, Bridgepoint Education Inc. (BPI) One objection involves the compensation of the institution’s employees, the subject of a Justice Department investigation.

I am not taking these concerns lightly, yet consider that the Bridgepoint Education, as a publicly traded company, operates under multiple levels of scrutiny. Traditional not-for-profit private universities, meanwhile, are largely unmonitored, and the issue of its employees’ compensation seldom arises.

Bridgepoint’s stock has plunged to less than $10, well below the $30 it traded for at one point last year. This means about $1 billion in market value has been lost. Tens of thousands of students are no doubt concerned.

How can a program be acceptable in one region but be held deficient in others? Is this more an indictment of Bridgepoint or of the crazy-quilt nature of American accreditation? Critics of Ashford point to a high dropout rate — about 80 percent –but many traditional brick-and-mortar universities have four-year graduation rates that are less than 15 percent. What standards are the accrediting agencies using?

The discrepancies point to a conflict. U.S. political leaders and wealthy foundations (the Gates and Lumina foundations, in particular) say we need to increase the number of college students to promote equal educational and economic opportunity, while reining in the rapid inflation in college costs. But other powerful forces will work to control competition in higher education and are raising barriers to offering college at an affordable price, whether it is a for-profit such as Ashford or a venture such as Udacity, which plans to get its revenue from employers who use it to identify potential job applicants.

The financial value of a university degree comes from the diploma. Employers see that a student has met certain standards. All the degree represents, however, is the certification that a student has completed a package of courses, typically 40 to 50. Universities are in the business of packaging courses into degrees.

The advent of “massively open online” courses presents an opportunity to new packagers who come along and, after evaluating the quality and non-duplication of courses, confer degrees, perhaps consisting of 10 courses offered via Coursera, 10 from edX, eight from Udacity, five from StraighterLine or Saylor and 12 “live” classes at the local state university or community college.

At present, the archaic accreditation rules make that impossible even though such a package of courses would cost less than half the current price of a degree, and most courses would be prepared by accredited, even elite, institutions, or use academics who have done much of their teaching at those schools.

Yes, this new approach to credentialing competence is complicated and needs oversight. For example: How do students prove they are doing the online work? Some instruction calls for face-to-face contact. And many benefits of higher education relate to non-classroom learning and socialization. Still, the question should be: Do the barriers imposed ensure quality and protect students, or stifle competition, innovation, access and affordability?

(Richard Vedder directs the Center for College Affordability and Productivity, teaches economics at Ohio University, and is an adjunct scholar at the American Enterprise Institute. The opinions expressed are his own.)