The Spread of Physician-Assisted Suicide 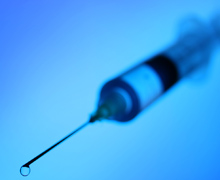 By  Jacqueline Harvey | The expansion of physician-assisted suicide from the West to the East coast makes its legalization in other neighboring states much more likely.

On May 20, Vermont Governor Peter Shumlin signed “The Patient Choice and Control at the End of Life Act,” legalizing physician-assisted suicide (PAS) throughout the state. This event matters not only because this law governs life and death, but also because Vermont is the first state to sanction PAS through the legislative process, via the votes of elected representatives. The law also represents the spread of PAS from the West Coast to the opposite side of the United States.

While neither of these characteristics may alarm right-to-life and disability rights advocates (who perhaps are concerned solely for the people of Vermont), policy scholars know that both of these attributes greatly enhance PAS proponents’ ability to spread the scourge of voluntary euthanasia throughout New England and eventually nationwide.

Prior to Vermont’s action, over 120 PAS bills had been filed in the states, but overwhelming expert testimony against PAS always succeeded in persuading legislators across party lines of its danger to citizens and society. This is what led voluntary euthanasia lobbyists to abandon legislative efforts (which demand information that is damning to their agenda) and instead place their hope in the ignorance of the average voter, who unlike a lawmaker wouldn’t have the benefit of scientific facts and could therefore be swayed by emotional appeals and clever semantics. Polls show that a support for PAS varies by 20 percent based on how the question is phrased, although the outcome remains the same.

In Oregon (1994) and Washington (2008), PAS was legalized only by ballot initiatives, and only after years of failed legislative attempts. The Oregon legislature even tried to repeal the law in 1997 to no avail. Legislative attempts failed in Montana in 2009, where PAS was only legalized by court decree.

Recent polling indicates that 50 percent of Americans believe PAS should be legal, while another poll shows that 49 percent of Americans consider the practice “morally wrong.” PAS not only lacks broad support; one of the most enduring and persuasive voices against PAS is the medical lobby. The American Medical Association has not wavered in its opposition to PAS and explains that “physician-assisted suicide is fundamentally incompatible with the physician’s role as healer, would be difficult or impossible to control, and would pose serious societal risks.”

The fact that PAS, an act condemned by the medical community and deemed devastating through scientific studies, could withstand the legislative process is an ominous threat to the rest of the nation. This could indicate that the power applied by pro-euthanasia lobbyists has superseded legislators’ ability to withstand the pressure, or that PAS proponents’ lobbying efforts greatly exceed those of PAS opponents.

Vermont’s law directly affronts medical ethics, standards, and practice, and equally offends the wishes and moral values of many Americans.

For example, exposure to suicide leads to an increase in the likelihood of suicide (a phenomenon known as “suicide contagion”), as argued in this study released just three days after Vermont’s legalization of PAS. Legislators in Vermont heard testimony about suicide contagion, as well as a wealth of evidence that PAS pressures citizens into premature death. Legislators heard reports of incidents where terminally ill citizens were told by state medical plan authorities that they would not pay the cost of pain control, but would cover the cost of their suicides. They heard about study after study where research shows PAS serves to benefit the caregiver, not the patient.

Vermont lawmakers also learned about a review of studies that indicate physicians often incorrectly diagnosed patients with terminal conditions and incorrectly estimated their life expectancy at six months or fewer. They heard about a PAS opponent from Oregon who was told that she had only six months to one year to live; today, over 11 years later, she is still alive.

They were informed too of substantial evidence that many patients opting to end their lives suffer from treatable depression, and physicians report that patients for whom interventions were made (like treating depression) were more likely to change their minds about wanting to end their lives. They were told that Oregon’s most recent annual report found that physicians who prescribe the lethal medications are failing to refer for necessary psychiatric evaluations of patients, many of whom might reconsider suicide if properly treated.

For these reasons, efforts to legalize PAS routinely fail, including a recent bill that died in the Connecticut legislature last month, as well as a ballot initiative in Massachusetts last November (51 percent to 49 percent). The Massachusetts legislature rejected PAS bills in 1995, 1997, 2009, 2011 and 2012. Yet, in spite of all these concerns, the Vermont legislature chose to legalize voluntary euthanasia. What hope is there that other states will not follow their lead?

Policy scholars opposed to PAS should also be concerned that legalized PAS in Vermont will make it easier for PAS advocates to achieve their goals in neighboring states. When Massachusetts narrowly escaped allowing PAS this past November, policy scholars in particular breathed a sigh of relief that this plague would not move to the East Coast. This was not just out of fear for the citizens of Massachusetts, but political scientists’ holistic understanding about how policies spread (known as policy diffusion), according to which Massachusetts’s rejection of PAS spared New England from an onslaught of renewed attempts to legalize PAS, attempts that would have stood a greater chance of success.

The most common mode of expansion for end-of-life policies is regional diffusion: states adjacent to one another enact similar laws. States in close proximity are more likely to share similar needs and values than are states on opposite sides of the country.

Yet regardless of the reasons why policies spread in this manner, studies repeatedly reinforce this phenomenon. When the nation’s first advance directive law was passed in California in 1976, it diffused regionally from West to East. PAS law was appearing to demonstrate those same traits by first diffusing to Washington and then Montana. With Vermont falling prey to PAS, there exists the perilous possibility that this policy will spread to neighboring states.

Vermont’s legalization of PAS is not an isolated incident but a landmark loss for right-to-life, disability rights, and patient advocates that has advantageously positioned PAS proponents to spread voluntary euthanasia. This means that citizens and organizations must increase their vigilance and intensity when fighting these threats. Laws are notoriously harder to overturn than they are to enact, and valiant attempts to confine voluntary euthanasia to the West Coast, while successful for many years, appear to have suffered a sharp setback. It remains for the citizens of New England to renew their commitment to detect and deflect the efforts of PAS proponents which are sadly, sure to come.

Jacqueline C. Harvey, PhD, a bioethicist whose research focuses primarily on end-of-life legislation, is an Associate Scholar at the Charlotte Lozier Institute.