The Slavery of Radical Freedom 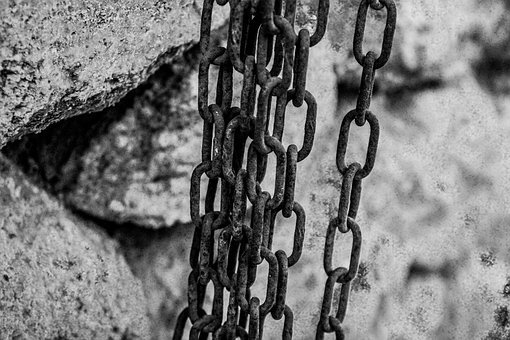 Central to the evil of slavery was its attempt to exterminate the black family. Slave traders took children from their parents. Slave-owners deprived men and women of the right to wed and then even used them as studs and breeders to fuel the slave trade. This thoroughgoing attack on childhood, marriage, and childbearing was the most radical form of racism because it deprived human beings of the basis upon which any culture worthy of the name is built: the natural bonds of flesh and blood.

Depriving people of the basic natural bonds belongs to the essence of slavery. For it is the thing that deprives them of their humanity, then makes them available to an order of brute will and force, to commercial exchange, even manufacture. Human beings are begotten, not made, and as such they belong to a given order of things. The basic fact of being born is to be something, already. It is to have a nature. If people are to be “up for grabs,” therefore, they must be ripped away from that nature by being ripped away from all that gave them birth. This is why St. Peter Claver, the Spanish Jesuit, scandalized so many when he baptized over 300,000 slaves in Cartagena in the 1600s. For by offering them the chance to become “born of God,” he recognized them as born of man and woman, that is, human.

If we miss this, we risk overlooking that other sin of ours, one that attacks the same things slavery attacked—childhood, marriage, motherhood and fatherhood—even though it is committed in the name of freedom, slavery’s apparent opposite. It is the sin that now attacks the evidence of and condition for these things: the distinction between the sexes itself, the distinction that was recently officially abolished in the Supreme Court’s Bostock decision, which evacuated all meaning from the word “sex.” 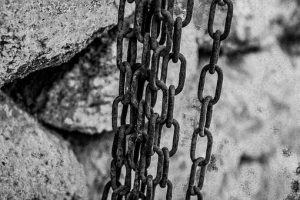 John Locke sowed the seeds with his “discovery,” in the first pages of Genesis, of a more “natural” man who was free because he had not been born. His new form of education would cultivate those same seeds by offering those who had been born the possibility of being remade in the image of the primordial “Adam.” America was particularly primed for this new account of perfection, because here one had the sense of history beginning all over again. Tocqueville observed its success:

[N]ew families constantly issue from nothing, others constantly fall into it and all those who stay on change face; the fabric of time is torn at every moment and the trace of generations is effaced. You easily forget those who have preceded you, and you have no idea of those who will follow you.

Just as the relation between children and their forebears was reinvented along new contractual lines, so too was the relation between spouses. Indeed, unlike the parent-child bond, marriage offered an image of the kind of voluntary union Americans wanted politically, a pure “relationship” between consenting adults. Spouses, of course, do consent to marriage; but in so doing they consent to a prevenient natural order. As male and female their bodies are already ordered to each other. To make marriage purely voluntary is to reject all of this and make of it a mere “companionship” between two who have little else that binds them, a “capstone” added to a life otherwise indifferent to it. Divorce was, as it still is, predictably just on the other side of the new relationship.

Liberation from the natural bond between men and women eventually necessitates the liberation of motherhood and fatherhood from carnal bonds and the establishment of a new parenthood based on intentional, arbitrary, and contractual ones—with the help of bio-technological experiments and a lot of money. Liberated mothers and fathers in whatever combination, in other words, must become breeders and studs; and their liberated children, motherless and fatherless, like “Adam.” The American feminist Shulamith Firestone looked forward to this brave new world of “freedom”:

The end goal of the feminist revolution must be. . . the elimination of the sex distinction itself. . . . The reproduction of the species by one sex for the benefit of both would be replaced by. . . artificial reproduction: children would be born to both sexes equally, or independently of either.

What is it about this “freedom” that has us attack the same things that slavery attacked?

The child in the mother’s womb. . . brings out the basic figure of human freedom and makes clear what is typically human about it. . . . The being of another person is so closely interwoven with the being of this person. . . to be oneself in this way is to be radically from and through another.
[B]ut the radical demand for freedom, which has proved itself more and more clearly to be the outcome of the historical course of the Enlightenment. . . and which today largely shapes the public mentality, prefers to have neither a whence nor a whither, to be neither from nor for, but to be wholly at liberty. In other words, it regards what is actually the fundamental figure of human existence itself as an attack on freedom.

We prefer to have neither a “whence” nor a “whither.” This is why the quintessential sign of being born, the sex distinction itself—being a boy or a girl, a man or a woman—now has no right to be acknowledged in any meaningful sense, and why the legal right to abolish it is so sacrosanct in our society.

But even if it is we ourselves who abolish our human nature, making it malleable to our own brute wills, this is still a kind of slavery, biblically speaking. And now with the official right to do so (and the official prohibition to say or act otherwise) inscribed in law in Bostock, we have all become slaves of our own “freedom.”

Many sense that a “freedom” premised on cancelling out our own nature ̶ ̶transgressing it to become something else, or making it disappear altogether as “fluid”—will not make us free after all. As for the next generation, can we really imagine that our children will be more free by being made, not begotten, and treated like property? C. S. Lewis’s “conditioners,” the “man molders” who cut out their posterity “in what shape they please,” come to mind.

Against this brave new backdrop, we should ask if there is another freedom, one that does not bear the essential markings of slavery. We should hope that those who bear the memory of an older tradition—of a people bound together by flesh and blood—bring forward the memory of a truer freedom, for the salvation of us all.

The Slavery of Radical Freedom