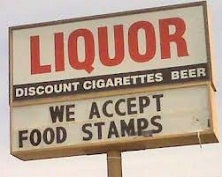 By TheCollegeFix staff | A new Pew Research poll shows that in the wake of record levels of spending and more than $16 trillion in government debt, the Obama administration’s move to increase the role of government in citizen’s lives is having its desired effect: It has created a mentality of dependency among the majority of young people.

A Pew Research study released today brought to light some scary figures about young people that conservatives must confront, especially since the youth vote was the deciding factor in key swing states. Here they are:

But the most troubling of the information released in this study is that nearly 6 in 10 of the voters under 30 support a more expansive role of government in solving problems. We can’t expect this mindset to change unless we start mirroring the left’s campaign efforts on college campuses.