Smell the Buzz: Baseness, for the Base? 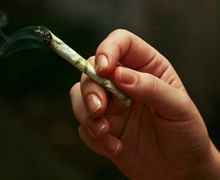 By Anthony Esolen | A movement is now afoot across the nation to legalize the growing and smoking of cannabis—marijuana.

The best argument for it that I can see is prudential. Not all immoral actions can feasibly be proscribed by law without causing more harm than good. Any state, for example, that attempted to outlaw the smallish vice of letting one’s children stay up too late would have to be quite tyrannical in its reach and its force. And so advocates for legalizing marijuana say that the war against it has fed the growth of the State, filled its prisons to bursting, and set up organized crime with another lucrative business, without appreciable effect upon the very habit the war has been waged to stifle. 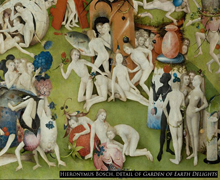 I doubt that the latter is true, since many people even now will refrain from an illegal activity out of respect for the law; for them the matter never rises to the level of a critical decision. Marijuana is illegal, and there’s an end of it. I’ll defer judgment on the rest of the argument. If advocates for legalization want to say that it is a stupid and dangerous thing to use marijuana, but that it is even stupider and more dangerous for the State to make its use illegal and to turn users into criminals, let them make that point honestly and we can try to reason it out.

But I suspect that that is not what’s really at issue. The advocates are really advocates. They presume that the role of government is to grant to individuals as much leeway or license as possible to pursue the gratification of their desires, and to do this without examining the nature of those desires, their moral effect upon the human person, or the injury they may do to the common good. Whatever I want gains a prescriptive claim for legality simply because I want it, and all other considerations must be at best secondary.

It is hard to see how any genuine society or culture can be built up out of the atoms of self-will, since the friendship and the piety it demands and fosters depends upon human beings who see themselves as fulfilled not by gratifying their peculiar desires, but by love; not by consuming, but by being given away. But there is a strange and telling analogy between a people who measure their worth by how much wealth they amass and those who measure their “happiness” by how many desires they gratify. Both of those peoples misconstrue liberty. They see it as something extrinsic to their persons. It is a state-sanctioned empty field. It is defined, or rather undefined, by what the State cannot tell you that you cannot do.

It should strike us with a shock that this view of law has a pretty meager heritage. The Greeks and Romans knew nothing of it. The Jewish prophets and scribes knew nothing of it. The Christian jurists of the Middle Ages and the Renaissance knew nothing of it. Even as late as the nineteenth century, despite the state-of-nature fantasies of Hobbes and Locke, most people assumed that one of the purposes of law, if not the principal purpose, was to be a teacher: to help make men good. They knew, too, that goodness was more than a superficial affability. Goodness required the exercise of the virtues, and virtues are hard-won.

Here is John Ruskin writing in Unto This Last (1862) on what makes for the true wealth of a nation: “That country is the richest,” he says, “which nourishes the greatest number of noble and happy human beings; that man is richest who, having perfected the functions of his own life to the utmost, has also the widest helpful influence, both personal, and by means of his possessions, over the lives of others.” Self-will—whether it manifests itself as avarice or lust or gluttony does not matter—cannot produce that human wealth. “All political economy founded on self-interest,” he says, and here we can see how curiously indistinguishable are doctrinaire liberals of the wallet and the belly, “[is] but the fulfillment of that which once brought schism into the Policy of angels, and ruin into the Economy of Heaven.”

Ruskin reminds us of realities that cannot be captured by counters or a tape measure. Suppose for instance we lived in the brave new world of Aldous Huxley’s dystopian novel. The most frightening thing about that world is its relentless efficiency in delivering to its members an easy gratification of base desires. So we are treated to a scene of mock religious fervor at the Fordson Community Singery, where twelve men and women get stoned on strawberry ice cream soma (the heroin of that world), rouse themselves to a delirious ecstasy, dance in a circle, and slap one another’s buttocks, singing,

Orgy-porgy, Ford and fun,
Kiss the girls and make them One.
Boys at one with girls at peace;
Orgy-porgy gives release.

Is that love we are looking at? Or virtue? Do we want to be such people?

We cannot escape the moral directives of our nature, no more than we can escape the force of gravity. The rich nation is not the one that produces three hundred million self-absorbed men and women gratifying themselves at the poolside, but the one that raises men and women of nobility and virtue; the former is a culture of death, the latter a culture of life. “The true home question,” says Ruskin, “to every capitalist and to every nation, is not ‘how many ploughs have you?’—but, ‘where are your furrows?’ ” What have you made that is protective of life? He does not mean mere bodily survival, and he certainly does not mean the energy with which people scratch where they itch. Life, for Ruskin, is the heroic movement of the human spirit toward what is good and beautiful. It implies what we will die to protect, for “the man who does not know when to die, does not know how to live.”

Is that it, then? Are we to die for a longer tether for the dog in the field? For that is what the legalization of marijuana is, morally considered.

The obvious objection is offered: “Marijuana is no more obnoxious than alcohol! If you condone the latter, you must condone the former.” I deny both the fact and the reasoning. People may take a drink and not get drunk; but nobody smokes a joint of marijuana without achieving the intention, which is to get high. But if it is not feasible for a people to outlaw one bad thing because of the peculiarities of the culture, that does not require them to legalize another bad thing to boot. We might as logically say that both ought to be made illegal. That is nonsense. The law does what it can do, and the fact that it cannot do everything is no reason for it not to do anything at all.

Let the advocates of legalization argue that it is, for practical purposes, a necessary evil and we will take up the matter on those grounds. But let them also concede that, even if it should prove necessary, which I doubt, it is still an evil, and we would be better off without the drug, and certainly better off without the debased view of the world that sees the drug as a mere thing to consume, that places self-gratification and self-absorption above self-denial and a love for others.

And those others we must consider most carefully are the young, and the poor, and those who are morally or physically weak. These need our most vigorous help in attaining the virtues that make for personal and social liberty. But instead we offer them the cheap ticket to the basement peep show. We do not instruct them in industriousness; we give them the lottery and the casino. We do not instruct them in purity; we hand out packs of rubbers.

Should we legalize marijuana? What kind of people do we want to be? That question must be answered first. Unless it no longer matters to us whether we are great or only hulking; whether we breathe the air of liberty or cough and sputter in licentiousness; whether we honor the wise or the doped.

FTU Note:  If this issue is important or interesting to you, be sure to take our new course “Should Drugs Be Legal?” which is going live online today.