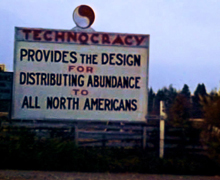 This is the first of two consecutive blog posts by Dr. Lawler in which he examines liberal education and the modern “efficient” education.

By Peter Lawler | One of the great prejudices of our time is that direct information is king. But the great books offer another, more satisfying way to realize truth.

Here’s what I read in the Boston Globe from a reporter at a great books conference at St. John’s College in Santa Fe:

‘Conservatives no longer champion the Great Books idea as a solution to problems in higher education,’ [Mortimer Adler’s biographer Tim Lacey] wrote in an e-mail. ‘That curriculum isn’t front and center now. Today the discussion is about lowering cost, disrupting the entrenched education establishment, and promoting basic skills, via the Common Core, for the workplace.’

One piece of evidence for this conservative turn is that St. John’s is struggling when it comes to both money and enrollment. 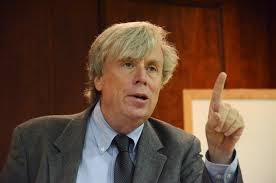 For a good while, liberals have thought of “great books” initiatives as basically promoting a conservative agenda. But it turns out a lot depends on what you mean by conservative. Anyone with eyes to see knows that conservatism—including, of course, the Republican Party—has been morphing in a libertarian direction. There’s a growing consensus that social or religious conservatism is fading, and the ticket for Republican victory is to abandon its increasingly unpopular causes and focus on some combination of personal autonomy and economic liberty.

The big Republican donors are increasingly libertarian or, in some loose sense, Randian. The Koch brothers spent big money on the same-sex marriage effort in New York. Peter Thiel, the Republican/libertarian public intellectual of Silicon Valley billionaires, says social liberalism has won, and that’s basically a good thing. The real cause in America now is promoting faith in technological innovation and economic freedom (or deregulation) as the keys to our increasingly more liberated and abundant future. Thiel, who himself has benefitted from studying great books by Rene Girard and Leo Strauss and the various philosophers Strauss recommends, has no interest in promoting their study in American colleges and universities today. And even the Koch brothers’ educational agenda seems limited to promoting the study of the American founding in a way that promotes today’s techno-libertarian agenda.

Thiel’s recommendation to our best and brightest is that they skip college and get right down to the business of being entrepreneurs. One thing Thiel seems to have appropriated from Strauss read through the lens of techno-utopianism of Francis Bacon is that the political and religious founders of old have been displaced by the founders of startups today. The future will be post-political and, in any traditional sense, post-theological. There’s not much in the traditional or cultural content of liberal education that can help us today.

The political and religious founders of old have been displaced by the founders of startups today.

From Thiel’s view, the humanities in our colleges have been deformed by a stifling political correctness that turns our attention away from what’s really possible these days. Reigning intellectual authorities such as John Rawls have a kind of vague optimism rooted in banal thoughts about “fairness and distribution,” but they are “indefiniteoptimists.” They don’t give us the “specific vision of the future” most needed, a vision rooted in an “intelligent design” aimed at overcoming our natural limitations. So even our optimists, with their vague confidence in the progress of justice, cause us to be “set in our ways.”

The pessimistic philosophy of the ancient world was even worse, mistakenly accepting “strict limits on human potential” and turning higher learning into “cop[ing] with our tragic fate.” Modern philosophers, such as both Herbert Spencer and Karl Marx, were truthfully hopeful in “expect[ing] material advances to fundamentally change human life for the better.” Marx, Thiel reminds us, celebrated “the technological triumphs of capitalism” as the key to overcoming the scarcity we’ve been given by nature and entering the realm of absolute freedom. But Marx and Spencer were pretty clueless when it comes to really understanding the full potential of technology, particularly in our time.

Being Competent vs. Being Liberally Educated

From Thiel’s view, here’s what really is going on in higher education: “For the privilege of being turned into conformists, students (or their families) pay hundreds of thousands of dollars in skyrocketing tuition that continues to outpace inflation.” College is no place for the founders of tomorrow. If it has a place, it’s giving more ordinary people the skills and competencies required to function in the emerging techno-world. A college education should be cheaper, quicker, more technological, and less pretentious. Thiel does allow that our universities have a genuinely scientific mission in keeping people alive as long as they remain dependent on their biological bodies. He recommends that Harvard University establish a major in nutrition with the goal of unlocking nature’s secrets for personal longevity.

College is no place for the founders of tomorrow. If it has a place, it’s giving more ordinary people the skills and competencies required to function in the emerging techno-world.

It’s not that Thiel is against reading great books. Both he and his fellow techno-enthusiast futurist Tyler Cowen appreciate the lessons about esotericism (or secrets) that come from Strauss, and they agree that only a few have the astuteness to see how the world is really going. Great founders should read the classics on their own time, outside the stifling confines of our institutions. Maybe it’s of no great benefit for most people to read them; the moralism of the philosophers won’t so much edify them as distract them from what they must do to flourish in a world where, as Cowen puts it, “average is over” and the illusory safety nets in which people have taken comfort are dissolving.

The best-selling, Straussian author Allan Bloom taught that the point of reading the great books is to learn the truth about being someone born to love and die. But Bloom himself also taught that the modern techno-progress promoted by individualistic philosophers such as Bacon and Locke had dissolved the relational contexts in which love flourishes and death has sacred meaning. In our time, sophisticated people are moved by neither love nor death, and they have become nothing more than clever animals or competent specialists. In our time, Bloom seemed to say, the choice is between being a philosopher—or living every moment attuned to the truth about one’s own insignificant mortality (philosophy is learning how to die)—or being “nothing,” or living with a “flat soul” or without any distinctively human content.

From Living in Love to Being Obsessed with Death

Thiel is surely right to criticize Bloom for thinking that people have stopped being traumatized by their ephemeral contingency and inevitable extinction. He’s also right to suggest that Marx couldn’t explain how a realm of unobsessed freedom is possible if people remain conscious and mortal. It turns out, according to Thiel, that there’s two inauthentic ways of dealing with death. One is inauthentically diverting oneself from thinking about it at all. The other is to accept it in a needlessly defeatist way.

For Thiel, the dogma of our time that most of all must be overcome is acceptance of the inevitability of death.

For Thiel, the dogma of our time that most of all must be overcome is acceptance of the inevitability of death. Philosophy in the sense of living in the truth becomes learning how not to die. Religion and philosophy, from this view, typically promote the malaise of fatalism. But we singular beings, who refuse to be fodder for nature or God or politics, have reasonable hope that the Singularity that will transform us relational animals into something better will come. Our hope is in the “rational design” we—under the leadership of today’s great (startup) founders–will impose on our environment.

So it seems that great-books education in our colleges and universities remain relevant only for those who are somewhat ironic about both our techno-enthusiasm and our stifling political correctness. Because our liberals are, more than ever, about replacing “academic freedom” with “academic justice,” and our conservatives have become libertarian proponents of the goodness of whatever our techno-progress brings, then the constituency for genuine liberal education is shrinking fast. Liberal education remains only for those who think the one thing most needful is to know who we are as beings born to know, love, and die, and who both tragically and hopefully believe it is both inevitable and good that love and death have a future.