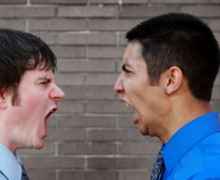 By Bruce Thornton | Thanks to unconstitutional university speech codes, students are losing their intellectual edge.

The value of the university once lay in its providing a nurturing space for what English poet and essayist Matthew Arnold called “the free play of the mind upon all subjects,” which would foster the “instinct prompting [the mind] to try to know the best that is known and thought in the world, irrespective of practice, politics, and everything of the kind.”

Critical to these enterprises is the notion of academic freedom––the ability to study, teach, and talk about subjects, no matter how controversial, without fear of retribution or censorship. For only by discussing openly a wide range of subjects can the liberally educated mind “make the best prevail,” as Arnold put it, and turn “a stream of fresh and free thought upon our stock notions and habits, which we now follow staunchly but mechanically.”

Those days are long gone in American universities today, as Greg Lukianoff’s Unlearning Liberty, a dismal catalogue of campus censorship and enforced conformity, documents. On American campuses, “differences of opinion are not viewed as opportunities to learn or to think through ideas,” Lukianoff writes. “Dissent is regarded as a nuisance at best, and sometimes as an outright threat.” His lively book is at once a relentless exposure of the intellectual intolerance institutionalized in higher education, and a passionate defense of the value of free thought and expression.

Lukianoff is an attorney, self-proclaimed “liberal-leaning atheist,” and president of the Foundation for Individual Rights in Education, which for more than a decade has exposed unconstitutional campus speech codes and defended those who have fallen afoul of them. Despite those efforts, higher education’s assault on the First Amendment right to speech continues to subvert the goal of liberal education, drying up Arnold’s “stream of fresh and free thought” and reinforcing, rather than challenging, the “stock notions and habits” of progressive orthodoxy.

As a result, Lukianoff writes, “The only institution that could be helping elevate the national discussion may actually be making it worse” as students graduate never having left the “echo chambers” of their own minds. Instead, they have been subjected to a curriculum and campus life focused on “rewarding groupthink, punishing devil’s advocates, and shutting down discussions on some of the hottest and most important topics of the day.”

Though his book is about colleges and universities, Lukianoff takes on high schools as well. Most students will leave high school, he argues, never having learned the philosophical arguments for free speech that undergird the First Amendment, or studied how political freedom is founded on the right to speak freely. The depressing absence of protests from college students against administration censorship can be traced to this “high school environment that often portrays free speech as a problem, that does not teach the philosophy or law or utility of free speech, and that presents punishment of students for bad opinions as morally righteous.” No surprise, then, that such students are “cautious about what they say” and “may even favor pressure towards conformity or silence.”

So when these students get to campus, they have no inclination to question the dishonest pronouncements made by their colleges that , as Yale put its, “We value freedom of expression precisely because it provides a forum for the new, the provocative, the disturbing, and the unorthodox.”

Left unexplained is how these alleged principles fit in with campus speech codes that monitor and punish precisely all of those things. Yale, for example, sanctioned a student for putting up an ironic banner reading “Kill ‘em All” in his dorm room window after 9/11 because it “might create a hostile environment for some ethnic minorities.” In 2009, another student was punished for wearing a T-shirt quoting F. Scott Fitzgerald’s crack that “all Harvard men are sissies” in the run-up to Yale’s football game with traditional rival Harvard. Lukianoff quips, “Apparently, quoting Fitzgerald is a bridge too far” for the campus thought-police, who are remarkably humorless when it comes to ironic literary allusions.

As these and numerous other examples show, campus prohibitions on speech are overbroad and subjective. They are more concerned with “respect for personal feelings,” as one speech code says, than with free thought. They want to protect students from “emotional, mental or verbal harm,” as another one states, rather than challenging students’ beliefs.

Their proscriptions, designed to protect selected groups from hurt feelings, and shield the university from possible harassment lawsuits, necessarily contradict that commitment to free speech and robust debate touted in university mission statements. Truly and freely addressing contested issues means people will be offended, for their “stock notions and habits” will frequently be challenged. Being offended is also the price we pay for having our intellectual horizons broadened.

In addition to speech codes, many universities have unconstitutional “free speech zones,” which implies that everywhere else on campus does not allow free speech. In the dorms, freshmen must face sensitivity commissars, typically fellow students, who conduct “orientations” to college life that are “mandatory, noncurricular university programs designed to get students to adopt particular ideological and political beliefs.” Those beliefs revolve around race, sex, sexual orientation, and even positions on morality, the environment, tolerance, human rights, and social policy.

All these are suitable topics for free debate in which all sides have an equal chance to make their arguments and counter those of others. But in orientation programs, only one point of view, the progressive-leftist one, is allowed a hearing, and students who resist it are subjected to sanctions and shaming exercises worthy of religious cults. If a student should fall afoul of these codes and programs, he will be hauled before campus administrators for a disciplinary hearing in which the right to due process is trampled.

On page after page, Lukianoff uncovers numerous examples of university practices and policies that condone, indulge, or themselves propagate intolerance toward views and opinions that challenge campus orthodoxy or just make administrators uncomfortable. For example, in 2007, the president of Valdosta State University prosecuted a student as a “clear and present danger” because he publicly protested the president’s plan to spend $30 million on two parking structures.

Moreover, standards of offense vary with the victim. Christians are particularly singled out for censorship, as are Republican organizations and other conservative groups, especially pro-Israel ones, whose publications are often vandalized, campus events attacked, and speakers shouted down.

Course curricula include patently ideological assumptions and requirements. In one women’s studies class, the professor’s rules for “discussion” include that the student “acknowledge that racism, classism, sexism, heterosexism, and other institutionalized forms of oppression exist.” Other courses require students to lobby for progressive causes, often making participation part of the student’s grade.

The Reign of Political Ideology

More dangerously, schools of education impose “political litmus tests” on those who want to become public teachers. They vet students’ “dispositions,” especially their commitment to the left-wing notion of “social justice.” One of the most prestigious education schools in the country, Columbia University’s Teachers College, tells its students that teaching is a “political act.” Aspiring teachers are expected to be “participants in a larger struggle for social justice” and “to change the system and make schools and societies more equitable.”

Lukianoff points out the problem with such politicized pedagogy: “Vague, subjective, and politicized evaluation standards are dangerous. They invite administrators and faculty members to substitute their own opinions and political beliefs for fair, professional criteria to evaluate students’ demonstrated skills as members of a profession.” Competence, then, takes a backseat to political correctness, a problem rife in K-12 teaching credential programs, where knowledge of subject matter is less important than political ideology.

Lukianoff touches only briefly on the reasons for the university’s abandonment of its core mission. Ideology, of course, is a prime culprit. A progressive professoriate and administration can, in the name of tolerance, impose their beliefs on naive students. But, as Lukianoff writes, political ideologies like multiculturalism and diversity provide “a convenient excuse for those in authority to marginalize criticism and nonconformity.”

Liability-proofing is another explanation for speech codes. Universities with deep financial pockets understandably fear lawsuits enabled by state and federal statutes, most notoriously sexual harassment laws that have vague and subjective standards. However much courts have tried to limit the scope of such laws, most administrators will err on the side of caution and subject accused students or faculty members to investigation and punishment rather than face a lawsuit, no matter how preposterous or trivial the charge.

Finally, the expansion of campus administrative bureaucracies, fueled by skyrocketing tuition costs and government subsidies, has created a whole class of busybodies who need something to do to justify their jobs. If a university has a sexual harassment dean with a staff and office, you can bet he will find cases of sexual harassment to indict.

The politicization of the university and its failure to foster free thinking compromise more than just the quality of the degrees colleges grant and the training their students receive. These problems affect the very core of society. Once they graduate, these students will carry their conformist attitudes and unexamined political beliefs with them into their professions, a problem particularly acute in state and federal jobs like teaching and social work. Their political choices will reflect these prejudices as well, making it easier for politicians to promote worn out, failed, or even dangerous policies. Habits of conformity, deference to authority, groupthink, and self-censorship spread from the university into the wider society.

Universities and colleges, at both the public and private level, are the beneficiaries each year of a third of a trillion dollars of state, local, and federal tax money. They thus have an obligation to return to their traditional mission and serve the public good. They must not just claim to respect intellectual diversity, but, as Lukianoff emphasizes, they “must train and habituate students to seek out disagreement, seek out facts that might prove them wrong, and be a touch skeptical whenever they find a little too much agreement on an issue.” Those are the qualities that undergird our political freedom and autonomy. As the Athenian playwright Sophocles once wrote, “Free men have free tongues.”