Should Government Restrict the Candy Supply? 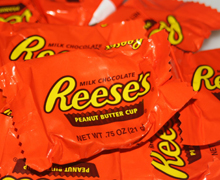 By Daren Bakst | What happens if there are too many Reese’s Peanut Butter Cups in the marketplace? What if there’s an influx of imported jelly beans? This simply can’t be allowed. The federal government must restrict supply to ensure that all children can enjoy the right amount of candy this Halloween at the right price.

This is a trick, of course.

However, the sugar program, which is even worse than this proposed candy program, isn’t a trick. When the public must pay higher prices for food, and jobs are lost, it certainly isn’t a treat, either.

The program uses almost every gimmick in the central planning playbook to help sugar producers at the expense of taxpayers, consumers, and sugar-using manufacturers.

Sugarcane and sugar beet processors can receive loans through the U.S. Department of Agriculture. The processors can pay back the loan, or they can just forfeit their sugar to the government instead. This gives them the ability to avoid paying off the loans if market prices fail to cover their costs.

To control supply, marketing allotments limit how much sugar that processors can sell each year and import restrictions reduce the amount of imports.

The sugar program is an all-cost program. According to a Department of Commerce report:

The Wall Street Journal explains how U.S. candy makers are leaving the country, which means fewer jobs for Americans. Also, manufacturers that use sugar to produce a wide variety of non-candy goods, from bread to condiments, are significantly affected by the higher prices.

At a time when Congress should be focusing on the economy and jobs, both the House and Senate farm bills wouldn’t even touch this egregious sugar program that drives up prices and eliminates jobs.

The House decided to make the sugar program “permanent law.” This means that while other programs expire after five years, the sugar program would go on indefinitely, making it less likely that Congress would revisit the program.

Hopefully legislators, especially those who claim to favor limited government, will stop supporting farm bill programs that are based on the belief that the government can plan an entire industry. When the government can’t even manage a website, this shouldn’t be too much to ask.