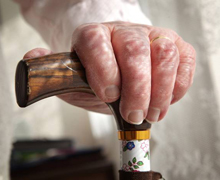 By Patrick J. Buchanan | In the last stanza of “The Battle of Blenheim,” Robert Southey writes:

‘But what good came of it at last?’ Quoth little Peterkin.
‘Why, that I cannot tell,’ said he; ‘But ’twas a famous victory.’

What did it really matter? The poet was asking of the triumph of the Duke of Marlborough—”Who this great fight did win.” What brings back this poem about the transience of glory and folly of war—during this week’s struggle over whose flag will fly over Crimea—is a wall chart that just arrived from the UN.

“World Population 2012″ projects the population growth, or decline, of every country and continent, between now and 2050. Most deeply involved in Crimea’s crisis are Russia and Ukraine. Yet, looking at the UN numbers, there seems an element of absurdity in this confrontation that could lead to a shooting war.

Between 2012 and 2050, Ukraine, war or no war, will lose one-fourth of its population. Eleven to twelve million Ukrainians will vanish from the earth, a figure far higher than the highest estimate of the death toll of the horrific Holodomor of 1932-33. Russia will lose 22 million people, with her population falling below 121 million. Every month between now and 2050, close to 50,000 Russians will disappear. Some demographers believe the UN numbers to be optimistic. Indeed, this writer has seen projections far more dire.

Those who warn that Vladimir Putin is trying to reconstitute the Soviet Union might explain how this is going to be done as Russia loses 22 million people, while the former Soviet republics of Central Asia—Kazakhstan, Kyrgyzstan, Uzbekistan, Tajikistan and Turkmenistan—together add 22 million people. 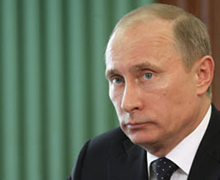 When the UN was set up in 1945, Stalin wanted each of 15 Soviet republics given a seat in the General Assembly. He settled for three seats—for Russia, Ukraine and Byelorussia, now Belarus. That was the core of the old Soviet Union. Yet, Russia, Belarus and Ukraine will lose together 35 million people by mid-century, a figure comparable to the human losses from four years of the Hitler-Stalin war and seven decades of Bolshevik rule.

Our War Party is demanding that we send military assistance and possibly troops to Poland, the Baltic republics and Rumania, and bring Ukraine and Georgia into NATO. This would mean America would fight Russia to defend them all, should another clash occur as in 2008 in Georgia and today in Crimea. Does this make sense—for any of us?

According to the UN, there are 6.3 million Lithuanians, Latvians, and Estonians. And these three Baltic republics will see their combined populations sink by one million by 2050. How would a NATO-Russia war over Estonia benefit Estonia?

In March 1939, Britain gave a war guarantee to Poland and, honoring it, declared war on Germany. That was the end of the British Empire. And how did the “Good War” work out for Poland? Her Jewish population of 3 million was largely annihilated, and, by some estimates, 3 million Catholic Poles perished. Poland then endured four decades of rule by Polish satraps of Soviet commissars. V-E Day brought something other than victory for the nation for whom Britain went to war. Today, Poland’s population is back to 38 million. But on the UN chart, Poland is on schedule to lose 4 million Poles by mid-century.

While our War Party debates where to draw the red line against Russia, the UN projects that the 10 countries on both sides of that line—Russia, Belarus, the Baltic republics, Ukraine, Poland, Hungary, Rumania, Bulgaria—will together lose 50 million people by mid-century, and another 50 million by the end of the century.

The fertility rate in these 10 countries is barely two-thirds of what is needed to maintain an existing population.

Remarkable. The century following the peaceful end of the Cold War and the liberation of the captive nations may witness population losses for Europe that exceed those of two world wars and rival those of the Black Death of the 14th century. European Man is an endangered species. European Man is dying out. By 2050, Russia, the fourth most populous nation in 1950, will be 15th, behind Egypt, and far behind Congo and Tanzania. The only Western nation in the top 14 will be the USA. But most Americans will then trace their ancestry to Asia, Africa and Latin America.

Since 1914, all the great European empires—British, French, German, Russian, Italian—have vanished. All the great armies and navies have melted away. All are being invaded and repopulated by African, Asian, and Middle Eastern peoples they once ruled. And almost all of the native-born populations of Europe are aging and dying and passing away.

“This is how the world ends,” said T.S. Eliot, “Not with a bang but a whimper.” Like Southey, he, too, may have got it right.