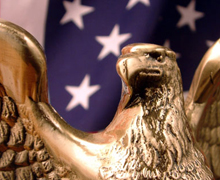 Over this July 4th long weekend, we are called to remember how good cheeseburgers and hot dogs taste when grilled outdoors in the backyard. Oh, wait. That’s not it. Don’t tell me; it will come to me! Hearty cheers to the family Grill Master, always. But there is more to July 4th than potato salad, chips, and sizzling hamburgers.

The Fourth of July — more than any other holiday — is supposed to be a celebration. From the very first July 4th celebration in 1776, it was meant to be a party. Our Founding Fathers wanted it that way, and said so explicitly. Unlike any other holiday, it was established to be a community-wide blast celebrating America’s independence and creation as a new nation.

But what is the real meaning of America? Should you love and trust your government? Should you respect our leaders? Not “do you”. Should you? An enormous cultural divide has developed, from ignorance of American history, on whether it is right or wrong to trust our governments (local, state, and national) in the United States of America.

Many who imagine themselves to be conservative equate loving America with loving our government. If you love your country, you have to love and trust our government leaders, they subconsciously assume. They are offended by talk of not trusting our leaders and bureaucracies.

Newt Gingrich explained it like this: last week you thought your brother-in-law wasn’t too smart. This week he gets a job working for the government. Now he is all-wise and can make decisions for everyone else in society… because he is a government employee. This author wonders: if that government employee quits his job, does he then lose intelligence and wisdom when he re-enters the private sector?

The very meaning of America is that imperfect men must both be restrained from potential misdeeds by government, yet those same imperfect and untrustworthy men also populate the government. The same nature of people who make government a necessity also fills that government and makes it also dangerous and suspect itself.

This is the problem: “If angels were to govern men, neither external nor internal controls on government would be necessary.” James Madison understood that government is not run by angels. Yet, the government being made up of perfect, noble, demi-gods who are all-wise and morally pure is the vision of liberals, moderates (but I repeat myself), liberal-tarians (nasty liberals trying to hijack and abuse the noble libertarian tradition), and the like.

But how dare we assume evil motive by government leaders? Well then, why do we need a government at all if you believe that people are fundamentally good?

Conservatives fight for precautions to make sure that dangers do not materialize. Even if you have never been robbed, do you lock your door? Do you leave your keys in the car? You’ve never had a fire, so go ahead and smoke in bed or put candles next to the curtains on the window sill. The entire concept of America’s political tradition is to prevent problems by assuming the worst, and creating structures that minimize the risks. The goal is to make sure that bad things almost never happen.

When conservatives fight for safeguards, checks and balances, restraints on government, protections, and precautions, they are scoffed at and ridiculed, on two themes: First, that conservatives are paranoid and worried about nonexistent or minimal threats. Second, that it is offensive to suggest that our American government could ever misbehave or trample on our rights.

From the other side, a tea party sign “Dissent is The Highest Form of Patriotism” headlines the political website “Delaware Politics.” One cannot be a real conservative, or even a real American, without recognizing the danger that government decisions cannot be trusted and that government needs to be viewed with skepticism, and with public scrutiny. Distrust of government is baked in to the cake of America’s governmental institutions and traditions.

A real American believes nothing the government says — but remains open to seeing proof. We know that the government lies. But more than that, we know that everyone lies more the more often they see they can get away with it.

If the government ever declares martial law, it will be done in the name of some good purpose like saving the children. A law that suspends the U.S. Constitution will be labeled “the child protection and defense of women act of 2017.” And naïve and gullible people will fall for it, and believe the label, without looking at the substance.

So, this 4th of July weekend, let us celebrate our unique, strange and wonderful American invention: we live with a government we must never trust. And that is not so unusual, really. The government should be applauded when it does well and criticized when it does wrong. But government leaders and bureaucrats must realize that we are watching and we will know the difference.