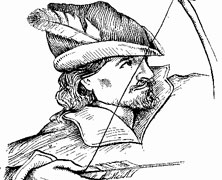 By Prof. Jack Lewis | Modern America seems to have taken one of our founding pillars and turned it into something ugly. I am referring to the idea basic to our Declaration of Independence that “all men are created equal.” A study of this phrase is interesting in itself, as it did not originate with Thomas Jefferson and the Declaration, but has been passed down in various forms from a number of much earlier authors. Many ancient political systems developed the idea that all people should be equal before the law. That any man should be above the law is a hotly contested argument throughout Western history, with most moderns rejecting such a position of favor or power.

But it seems to me that many have turned this rather basic and simple concept into an all encompassing principle that is now shaking under the weight placed upon it. Many in our land today seem to believe that all men should be equal in all things, not just under the law, but in every conceivable manner. This is seen in any number of current debates in our political dialogue:

As I have watched the Occupy Movement speak its piece, and heard our President cite some of the above ideas in his State of the Union speech, I have tried to unearth just where this doctrine of equality has gone so wrong. A recent essay by Charlotte Allen over at the Minding the Campus website entitled, “The ‘Inequality’ Movement – A Campus Product” makes a convincing case for our modern American college campuses as the culprit. I commend the article to you. I think she unmasks the disconcerting disconnect that exists between what is presented to students on campus and what the “silent majority” in our populace believe concerning equality.

One of the many interesting aspects to this article is her treatment of the popular “Robin Hood” index (shown to the left). She shows how many of our elite universities are producing programs of study that develop such ideas. Much of this is straight Marxism.

We cannot continue to believe “B” above (that every kid in our nation must go to college) and then pay no attention to what is taught in those colleges. Our universities should not be presenting a one -sided view that deconstructs such a founding belief of our nation as the once noble belief that all people should be equal before the law. What they should be getting for their rather expensive tuition is the academic freedom to make use of their talents and opportunities without fearing that doing so will bring about an inequality of condition in our land or get them arrested by the PC police.