Quantified Self: The Algorithm of Life 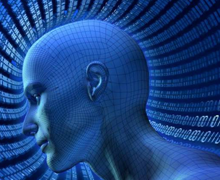 By Josh Cohen | With January over, the spirit of self-improvement in which you began the year can start to evaporate. Except now your feeble excuses are under assault from a glut of “self-tracking” devices and apps. Your weakness for saturated fats and alcohol, your troubled sleep and mood swings, your tendencies to procrastination, indecision and disorganisation—all your quirks and flaws can now be monitored and remedied with the help of mobile technology.

Technology offer solutions not only to familiar problems of diet, exercise and sleep, but to anxieties you weren’t even aware of. If you can’t resolve a moral dilemma, there’s an app that will solicit your friends’ advice. If you’re concerned about your toddler’s language development, there’s a small device that will measure the number and range of words she’s using against those of her young peers.

Quantified Self (QS) is a growing global movement selling a new form of wisdom, encapsulated in the slogan “self-knowledge through numbers”. Rooted in the American tech scene, it encourages people to monitor all aspects of their physical, emotional, cognitive, social, domestic and working lives. The wearable cameras that enable you to broadcast your life minute by minute; the Nano-sensors that can be installed in any region of the body to track vital functions from blood pressure to cholesterol intake, the voice recorders that pick up the sound of your sleeping self or your baby’s babble—together, these devices can provide you with the means to regain control over your fugitive life.

This vision has traction at a time when our daily lives, as the Snowden leaks have revealed, are being lived in the shadow of state agencies, private corporations and terrorist networks—overwhelming [AW1] yet invisible forces that leave us feeling powerless to maintain boundaries around our private selves. In a world where our personal data appears vulnerable to intrusion and exploitation, a movement that effectively encourages you to become your own spy is bound to resonate. Surveillance technologies will put us back in the centre of the lives from which they’d displaced us. Our authoritative command of our physiological and behavioural “numbers” can assure us that after all, no one knows us better than we do.

Sifting through the talks, blog posts and articles daily uploaded by Quantified Self disciples, you soon become aware of an anxious insistence on numbers as a means rather than an end. All this data is meant to spur us to love ourselves better and run our lives more efficiently. And yet it’s hard not to hear, lurking in this promise of self-possession, the threat of numbers dispossessing us, of becoming a feverish addiction we can’t kick. Can even the most adept multi-tasker really live the life that they’re simultaneously tracking?

That question is addressed by the tech entrepreneur Charles Wang in a talk posted on the website of a California-based company called Quantified Self Labs which acts as a global hub for the community. Wang is the co-founder of Lumo BodyTech, a company that produces pioneering devices designed to enhance a user’s posture. Their lead product is the LUMOBack Posture Sensor, which triggers warning vibrations the moment you slouch. Given that poor posture is a key symptom of compulsive absorption in our laptops and phones, this product is not merely a physical corrective, says Wang, but the harbinger of a new “mindfulness”, a means of awakening the self from its high-tech slumber.

So, our mortally anxious distraction by tracking devices is to be finally arrested by…a tracking device. You can only be struck at this point by Wang’s genial indifference to what he’s actually saying. Self-tracking, he declares at a conference promoting the practice, corrodes social and emotional ties, engenders helpless dependence on technology and endangers physical health. But thank goodness I’ve patented a new self-tracking device, he concludes, impervious to either the irony in his catastrophic diagnosis of collective technological alienation and his proposed remedy of a posture sensor.

Perhaps the QS movement is nothing more than a problem masquerading as its own solution. “Self-knowledge through numbers” can surely only exacerbate the malaise it claims to cure. In the vain hope of realising the goal of a fully quantified self, new tracking devices are invented, marketed and implemented, more data accumulated and shared, which in turn highlight new gaps in self-knowledge, engender more devices and create more gaps in a torturously repetitive infinity.

What if the posture sensor, instead of alleviating the distracted panic induced by the overload of technology, only makes it worse? What if its reproachful vibrations only amplify the sense that you’re getting it all wrong, that you still don’t know yourself well enough?  Might it not be worth being curious about the panic itself and what it’s trying to tell you, rather than rushing to silence it with a new app?

Perhaps the panic starts at the very point you take the numerical route to self-knowledge. Perhaps it registers a doubt that your interior life can be reduced to an unending stream of snapshots and metrics, and an intuition that there is, and must always be, something irremediably lacking in your knowledge of yourself. Perhaps the self you really want to know, and that always eludes you, is the one that can’t be quantified.