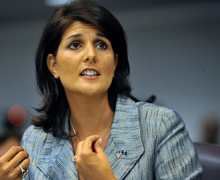 By Star Parker | Coincident with July 4, the Pew Research Center published a survey asking, “Why has the U.S. been successful? Reliance on principles or ability to change?”

Fifty-one percent attributed America’s success to its “ability to change” and 44 percent to its “reliance on longstanding principles.”

Not surprisingly, 73 percent of conservatives attribute America’s success to its “reliance on principles,” and 77 percent of liberals attribute it to its “ability to change.” 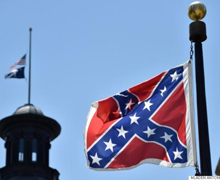 But the survey question, I think, is deeply flawed.

It’s like asking what explains the work of a great artist – the ability to master the discipline of their art or the individual creativity of the artist?

So it goes with our nation. America is unique in that it is not a nation defined by historical or geographic happenstance. It was founded on principles the founders believed to be immutably true – so immutably true that they sourced these truths in our “Creator.”

Man must be free, and the core principles of equality under the law and protections of life, liberty and property enable our freedom.

But even though mortal men can identify truth, it is the human condition to be flawed and to fall short.

It was in this spirit that the U.S. Constitution was written: “to form a more perfect union.”

So American success is about both principles and the ability to change.

But if there has been a mistake, it’s the view that change is not about improving within the framework of our principles, but changing the principles themselves.

And nowhere has this been more of a problem than with our ongoing racial struggles.

Unfortunately, a long and difficult history has caused many blacks to feel they must rely on big government. If America’s founding principles of freedom and equality were enough, why would we have to amend the Constitution to outlaw slavery? Why should we need a Civil Rights Act to force behavior that should come from human decency?

In the same Pew survey, 64 percent of blacks attributed American success to its “ability to change.” For many blacks, unfortunately, change means more government at the expense of principles.

In a 2013 Gallup poll, 29 percent of blacks, compared to 54 percent of whites, said civil rights for blacks “have greatly improved” in their lifetime.

Despite reams of data showing blacks are being hurt, not helped, by excessive government, they keep going there, with the enthusiastic help of liberals, because of distrust.

Here we might consider the controversy about the Confederate flag. Of course, removing the flag will not solve black poverty. But just as blacks need to change to realize that only American principles will solve their problems, those who are recalcitrant about the flag should realize what removing it could accomplish. Three in four blacks associate it with racism, according to a new USA Today poll.

South Carolina Republican Gov. Nikki Haley, a minority herself, knows the answer is not in big government. But she sees the strife this flag causes and believes its removal will catalyze the change that will bring our nation where it needs to go.

Keep American principles intact, and bring personal change in all quarters to enable the perfection of these principles.