More Americans Will Have No Choice but to be Entrepreneurs 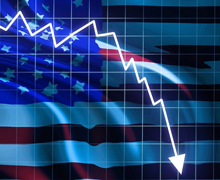 By James Pethokoukis | Entrepreneurial activity is down, but more of those starting businesses lately are doing so because they spy a market opportunity than because they just lost their job. According to the annual Kauffman Index of Entrepreneurial Activity, the startup rate declined slightly from 0.32% of American adults per month starting businesses in 2011 and 0.30% in 2012 to 0.28% in 2013.

But 78.2% were “opportunity entrepreneurs” last year vs. 72.8% in 2009. The Wall Street Journal’s Rhonda Colvin and Sarah Needleman, keying off the new Kauffman study, see fewer “necessity entrepreneurs” as a “silver lining” in the steady decline in US business formation. Some further explanation:

Josh Lerner, an economist at Harvard Business School, says that necessity entrepreneurs “were the M.B.A. who got laid off and created a one-man consulting business and the guy who got laid off from the steel mill and started doing car repair in his backyard.”

It’s the “opportunity entrepreneurs”—those who start businesses because they see an opportunity in the market rather than because they have no other employment options—who tend to be better positioned for success, according to Aaron Chatterji, an associate professor of business administration at Duke University’s Fuqua School of Business. “They’ve made the choice—the calculation—that this is the time to do it,” he says, adding that such people are also more likely to create jobs. 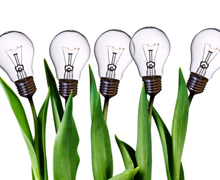 We need more opportunity entrepreneurs and should eliminate government-erected barriers to entry. We need more “permissionless innovation” and fewer bureaucratic hassles. But a rising number of US workers may become de facto necessity entrepreneurs as automation eliminates routine positions and temp jobs rise as a share of the economy. We will need to invent our own jobs. How can government help? In their excellent book, “The Second Machine Age,” MIT’s Erik Brynjolfsson and Andrew McAfee offer policy recommendations such as a universal basic income or negative income tax, taxing consumption rather than human labor, teaching entrepreneurship throughout an improved education system, and keeping the entrepreneurial “peer economy,” such as Airbnb, deregulated. The point is to boost firm entry (more startups) and exit (no cronyist bailouts or subsidies), while bolstering the safety net for workers.

Editor’s Note: You can find more ideas for becoming entrepreneurial at Free Think University’s course, “Are You Entrepreneurial?”