Mann vs. Steyn: The Trial of the Century 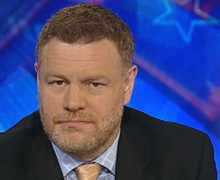 By Robert Tracinski | The global warming hysteria is disastrous enough in its intended goal, which is to ban the use of our cheapest and most abundant fuels and force us to limp along on “alternative energy” sources that are insufficient to support an industrial civilization. But along the way, the global warming campaign is already wrecking our science and politics by seeking to establish a dogma that cannot legally be questioned.

The critical point in this campaign is a defamation lawsuit by global warming promoter Michael Mann against Mark Steyn, National Review, and the Competitive Enterprise Institute.

When the “Climategate” e-mails were leaked five years ago, a lot of us speculated that it could all end up in the courts, given the evidence that climate scientists were pocketing large sums of government money on the basis of a scientific consensus they were manipulating behind the scenes. But it’s typical of our upside-down political and cultural environment that when this issue does reach the courts, it will be in the form of a lawsuit against the climate skeptics.

Steyn and the others are being sued for criticizing Mann’s scientific arguments. In the case of the Competitive Enterprise Institute, for example, they’re being sued for Rand Simberg’s complaint that Mann “has molested and tortured data.” (See a summary of the case here.) Frankly, I’m not sure how I escaped this lawsuit myself. I shall have to review what I have written and see if my language was not sufficiently inflammatory. Perhaps I don’t have pockets deep enough to be worth looting. Or perhaps I’m not a big enough target to be worth intimidating and bankrupting. Note the glee with which the left slavers at the prospect of taking out a prominent voice on the right, with one leftist gloating that “it’s doubtful that National Review could survive” losing the case.

(Steyn points out that National Review is insured against such lawsuits and will survive. But it’s interesting that no one asks who is going to go bankrupt funding Mann’s lawsuit. A deterrent to the abuse of libel laws is the prospect of spending a lot of money on lawyers’ fees for a lawsuit that fails. Who is insuring Mann against this loss?)

Here is the point at which we need a little primer on libel laws, which hinge on the differentiation between facts and opinion. It is libel to maliciously fabricate facts about someone. (It is not libel to erroneously report a false fact, so long as you did so with good faith reason to believe that it was true, though you are required to issue a correction.) But you are free to give whatever evaluation of the facts you like, including a negative evaluation of another person’s ideas, thinking method, and character. It is legal for me, for example, to say that Michael Mann is a liar, if I don’t believe that his erroneous scientific conclusions are the product of honest error. It is also legal for me to say that he is a coward and a liar, for hiding behind libel laws in an attempt to suppress criticism.

These are all reasons that the lawsuit should have been summarily thrown out. It goes beyond the legitimate scope of libel and defamation laws and constitutes an attempt to suppress opinions that are considered politically correct.

But it gets worse. Consider the specific argument Mann is making, as summed up in the report I linked to above.

“In the articles, Mann says in his lawsuit, the think tank and the publication ignored more than half a dozen investigations that found no scientific wrongdoing, focusing almost exclusively on the Penn State inquiry in order to call him a fraud. CEI also mentioned the National Academy of Science’s investigation, but dismissed those findings by saying the body had obtained information from Penn State, meaning the inquiry was ‘not truly independent.’ The basis mentioned by CEI to call the Penn State investigation a whitewash was stating it had only interviewed Mann, and ‘seemingly ignored the content of the emails.'”

Even more ominous, the DC Superior Court, which let the suit proceed, embraced this reasoning in its ruling.

“The CEI Defendants’ persistence despite the EPA and other investigative bodies’ conclusion that Plaintiff’s work is accurate (or that there is no evidence of data manipulation) is equal to a blatant disregard for the falsity of their statements.”

In other words, Steyn’s evaluation of Mann’s scientific claims can be legally suppressed because Steyn dares to question the conclusions of established scientific institutions connected to the government. On this basis, the DC Superior Court arrives at the preposterous conclusion that it is a violation of Mann’s rights to “question his intellect and reasoning.” That’s an awfully nice prerogative to be granted by government: an exemption against any challenge to your reasoning.

I said before that I don’t know how the rest of us skeptics escaped being sued along with Steyn. Now we know. Mann is attempting to establish a precedent for climate censorship. If he wins this suit, then we’re all targets.

Mann has made a lot of noise about setting himself as some kind of modern Galileo, a persecuted scientist. This analogy was all wrong from the beginning. Galileo was not the enforcer of the prevailing scientific “consensus” but its caustic critic. And now it is Mann who is trying to dictate what others can and cannot say about scientific facts and reasoning. So no, he’s not a modern Galileo. He’s a modern Cardinal Bellarmine.

Or perhaps there is a better historical analogy. Mann is attempting to install himself as a kind of American Lysenko. Trofim Lysenko was the Soviet scientist who ingratiated himself to Joseph Stalin and got his crackpot theories on genetics installed as official dogma, effectively killing the study of biology in the Soviet Union. Under Lysenko, the state had an established and official scientific doctrine, and you risked persecution if you questioned it. Mann’s libel suit is an attempt to establish that same principle here.

Mann has recently declared himself to be both a scientist and a political activist. But in attempting to intimidate his critics and suppress free debate on global warming, he is violating the fundamental rules of both science and politics. If it is a sin to doubt, then there is no science. If it is a crime to dissent, then there is no politics.

Mann vs. Steyn may be the trial of the century. It may determine, not merely whether the environmentalists can shut down industrial civilization, but whether they can shut down the independent thinking of skeptical dissidents.

Editors Note:  If you wish to look into the Global Warming debate further, Free Think University offers a course on the subject.  Sign in here to find out more.