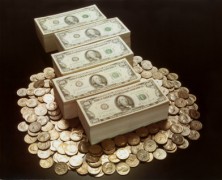 By The Clapham Institute | “The great enemy of clear language is insincerity,” wrote George Orwell, who warned of governments resorting to “long words and exhausted idioms” to mask unsavory behavior.

With Orwell in mind, you might want to see “Zero Dark Thirty,” the movie that intimates (or is at least ambiguous about) the role of “enhanced interrogation” in extracting information useful to tracking Osama bin Laden. Viewers can decide whether or which “enhanced interrogation” measures depicted – slaps, sleep deprivation, humiliation, water-boarding – constitute, in plain English, torture.

More importantly . . . is asking whether obfuscation is the result of the Enlightenment. Neuroimaging reveals the Enlightenment’s predilection for prose produces societies where words lose any meaningful connection with reality. In the Bible, this is the central thrust of Satan’s work. “Enhanced interrogation” measures are not the first instance of muddy language. America’s Vietnam failure was foretold when U.S. officials began calling air attacks on North Vietnam “protective reaction strikes,” a semantic obfuscation that revealed moral queasiness.

Is America’s economic collapse being foretold as U.S. officials call the plain printing of money “quantitative easing” – an obfuscation indicating economic unsustainability? If so, we ought to be calling for language that has a meaningful connection with reality.