Liberty University Gives Other Colleges a Lesson in Tolerance 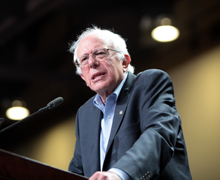 By Richmond Times-Dispatch Editors | Bernie Sanders and the students and faculty at Liberty University don’t see eye to eye on many issues. The evangelicals at the Lynchburg college object in particular to his support for gay marriage and abortion rights. But that didn’t keep Sanders from addressing the students on Monday — and when he did, he delivered a message that transcends temporary political differences.

“I came here today because I believe from the bottom of my heart that those of us who hold different views should be able to engage in a civil discourse,” he said. And, he added: “It is easy to go out and talk to people who agree with you. It’s hard, but not less important, for us to try and communicate with those who do not agree with us on every issue, and it’s important to see where, if possible — and I do believe it is possible — we can find common ground.” 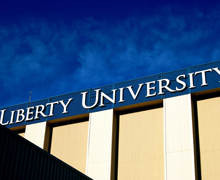 Just as refreshing as Sanders’ embrace of dialogue was the response from Liberty. Although the students did not exactly give him a standing ovation, they listened respectfully. NPR interviewed one student who, according to reporter Tamara Keith, “told me what a lot of the students told me.” After Sanders spoke, Missy Sosnoski said: “It really takes a lot to come and speak to people who you know disagree with you, and I really respect him for that. So I do not agree with a lot of his policies basically because I’m a Christian, but I do respect him as a person. And I hope he does well with his life — maybe if that’s not becoming my president, but I do want the best for him.”

Compare that with the petulant sense of entitlement displayed by students at dozens of other universities who have tried to stop invited speakers from appearing. There were 16 incidents last year alone — several of them successful. Ayaan Hirsi Ali, who champions freedom and women’s rights in Muslim lands, was disinvited from Brandeis University. Nonie Darwish, another human-rights activist, was disinvited from the University of California at Irvine. Christine Lagarde, director of the International Monetary Fund, had to withdraw from a speaking engagement at Smith College.

These are institutions with pretentions to intellectual sophistication, where diversity is treated as the holiest of all values. The students at such universities — and perhaps some faculty and administrators as well — likely consider themselves far superior to the supposedly intolerant, judgmental and close-minded members of the Liberty community.

Yet Liberty not only invited a speaker whose positions violate the school’s most cherished beliefs, it went even further. As The Times-Dispatch reported Tuesday: “Perhaps sensing the possibility of not finding a lot in common, the school made room for dozens of Sanders supporters to sit near the stage.”

Liberty has certainly lived up to its name. In the process, it has taught a much-needed lesson about diversity, intellectual curiosity, tolerance, and open-mindedness to others. We’d like to think the repressive dogmatists who dominate so many other campuses today are taking note. Experience, alas, suggests even that is expecting too much in the hermetically sealed echo chambers of elite academia.

Editorial: Liberty U. gives other universities a lesson in tolerance