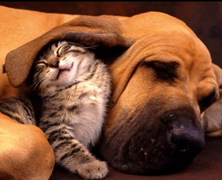 By Steve Gunn | The leaders of the American homeschool movement are convinced that the liberal education establishment is determined to destroy their traditions and force their children into government schools.

If you check out the written comments of several leftist educators, you can see they have a point.

It’s not as though the establishment’s hatred for homeschooling is new or surprising.  The left has been attacking the concept for years, for various reasons.

A recent article posted on the Home School Court Report website quotes a 2010 speech given by Homeschool Legal Defense Foundation Chairman Michael Farris, who articulated the reasoning behind the first two “waves” of homeschool opposition in recent decades.

Now they’re arguing that homeschool parents fail to help their children develop an adequate sense of tolerance for others, and the government should do something about it.

Why such determined hatred against home schooling?

For starters it’s a money issue. Members of the education establishment, starting with the powerful teachers unions, have always been deathly afraid of, and therefore opposed to, all forms of school choice. They were quick to come out against charter schools, and they continue to fight the spread of private school voucher programs and cyber schools.  They have also determined that the growing popularity of homeschooling represents a threat to their financial interests.

The bottom line is this – public schools generally get a set amount of money from their various state governments for each student they enroll. If a student leaves for a charter school, voucher school or to home school, that money is gone.

If enough students leave those schools, a lot of revenue is lost and union teachers are laid off. Non-working teachers are not dues-paying teachers. The unions rely on dues for a very big part of their annual budgets.

That’s the main reason for the continued hostility.

But there’s obviously more to the anti-homeschooling sentiment than dollars and cents. Much of the intolerance seems to be rooted in the nation’s increasingly obvious culture war.

Those on the far left (including many in the education community) are anti-Christian, and they believe the government should stop homeschool parents from teaching their children Christian values, which they consider wrong-headed and intolerant.

As Farris noted in his speech, those values include the belief that homosexuality is a sin, men should be the leaders of their families, Jesus is the only way to God and all other religions are false.

“Christian homeschooling parents are effectively transmitting values to their children that the elitists believe are dangerous to the well-being of both these very children and society as a whole,” Farris said in his speech.

As if parents don’t have a right to teach their children whatever values they choose, in a church setting, home setting or any other venue. This is still America, land of the free. Yet the radicals have a hard time tolerating that kind of religious freedom.

Farris quoted a number of academics who are frighteningly honest in their views about homeschooling, and what they believe the government should do about it.

Catherine J. Ross, a professor at the George Washington University School of Law, suggested in a scholarly article that the government has the right – indeed, the responsibility – to stop homeschooling parents from teaching their children “intolerant” Christian beliefs:

“In order for the norm of tolerance to survive across generations, society need not and should not tolerate the inculcation of absolutist views that undermine tolerance of difference. Respect for difference should not be confused with approval for approaches that would splinter us into countless warring groups.

“Hence an argument that tolerance for diverse views and values is a foundational principle does not conflict with the notion that the state can and should limit the ability of intolerant homeschoolers to inculcate hostility to difference in their children – at least during the portion of the day they claim to devote to satisfying the compulsory schooling requirement.”

That’s truly scary stuff. This lady might be happier in a less-free nation where thought control is more of a norm, like North Korea.

There’s more where that came from. Professor Martha Albertson Fineman of the Emory University Law School wrote the following:

“The long-term consequences for the child being home-schooled or sent to a private school cannot be overstated. The total absence of regulation over what and how children are taught leaves the child vulnerable to gaining a sub-par or non-existent education from which they may never recover.

“Moreover, the risk that parents or private schools unfairly impose hierarchical or oppressive beliefs on their children is magnified by the absence of state oversight or the application of any particular educational standards.

“The more appropriate suggestion for our current educational dilemma is that public education should be mandatory and universal. Parental expressive interest could supplement but never supplant the public institutions where the basic and fundamental lesson would be taught and experienced by all American children: we must struggle together to define ourselves both as a collective and as individuals.”

Homeschool leaders are correct. The liberal thought police are on the warpath, and they’re determined to drag all children into government schools, where they can receive the “basic and fundamental” lessons that the state wants them to learn.

Perhaps it’s time for freedom-loving Americans to circle the wagons and prepare for a real fight.