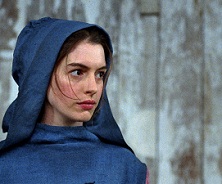 By Cato | I’ll be honest – I’m not a musical “groupie,” and I’m certainly not a Les Miserables “groupie.” I’ve seen the Bille August version of the film and I’ve listened to the soundtrack a few times, but I’ve never seen the musical live on Broadway and I’ve never performed in an amateur version of the musical (disclaimer: I was home-schooled, so the extent of my “big-stage” opportunities were limited to my living room and kitchen). That being said, the much anticipated Tom Hooper Hollywood production of the film was extraordinarily scintillating.

Let me begin by saying that the film certainly had its warts, but what film doesn’t? Perhaps more than anything else, the film is commendable for its portrayal of the candid, real-world experiences that were typical of 19th century France. Hooper’s exceptional cast conveys real emotions that resonate with every human-being, Frenchmen and non-Frenchmen alike.

The film is noticeably void of irony and self-aggrandizement. Rather than exuding aura’s of Broadway-wannabe’s, the film’s actors and actresses perform within the scope of their characters, fully aware of their limitations and yet still passionate and earnest with every expression and musical note.

The film takes place in France and features Jean Valjean, who for decades has been hunted by the ruthless policeman Javert after he breaks parole. Valjean agrees to care for factory worker Fantine’s daughter, Cosette. After living with Valjean for most of her life, Cosette grows in her affection for a young revolutionary who is leading the June Rebellion of 1832. The film closely follows the original musical that opened in London in 1985, but it includes a few additions extracted from Victor Hugo’s novel “Les Miserables.”

Alexandra Petri, a film critic from the Washington Post recently suggested, “We live in an age of irony. Everyone wants to be at the back of the theater making snarky comments. We are all commentators, and we spend great volumes of time making ourselves look silly on purpose so as never to be accused of looking silly by mistake.”

Indeed, many have indicted Les Miserables as a film that is “too French,” “overly simplistic” and “largely predictable.” American Idol icon Adam Lambert publicly castigated many of the cast members for “ruining the authentic Broadway production” with sub-par melodies and unpolished vocal performances. But that is precisely what makes the film so unique.

The character development is linked to the vocal quality of each of the performers. As scenes in Les Miserables crescendo with emotion, there is a visceral effect on the projection and tone of the singers. The emotions of love, hope, fear, bitterness, vengeance, and redemption do not seem contrived. Rather, they are real feelings represented by real people in real situations. This type of authenticity cannot be showcased with perfect voices and perfect faces; instead, it is crafted by imperfect humans who tell a human story.

Petri concludes her review of the film by saying, “The trouble with ages of irony is that they produce a deficiency of straight-men. After a certain point, this irony cloys. Seeing Les Mis makes me dare to hope that 2013 will be a year of sincerity.”

Les Miserables is emotionally raw and radical, but perhaps more importantly it is real – and that is something worth celebrating.