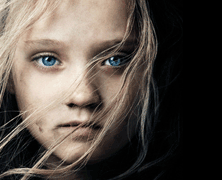 By Publius | “Les Misérables,” popularly referred to as “Les Mis,” is a novel by acclaimed French author Victor Hugo. Published in 1862, the book’s story begins in 1815 France and concludes with the Paris Uprising in 1832 (the June Rebellion). The plot focuses on the experiences of Jean Valjean, an ex-convict, and the struggling lives of numerous other characters. “Les Mis the Musical” first opened in France at Paris’ Palais des Sports in 1980, but closed after only three months. In 1983 producer Cameron Mackintosh agreed to adapt the show for a British audience. It opened in 1985 at London’s Barbican Centre. The West End version of the show brought huge success and went to Broadway two years later in 1987. “Les Mis” is now the longest-running West End musical and the second longest-running musical in the world. Over its 30-plus-years run, “Les Mis” has won numerous awards, such as the Laurence Olivier Award for Best New Musical and many Tony Awards including Best Musical, Best Original Score, and Best Performances by leading and featured actors and actresses. To mark the Dec. 25, 2012, opening of the new movie adaptation of “Les Mis,” directed by Tom Hooper, here are 15 memorable “Les Mis” quotes.

“It is on December nights, with the thermometer at zero, that we most think of the sun.”

“There is nothing like a dream to create the future.”

“Tomorrow we’ll discover what our God in Heaven has in store.”

“Not being heard is no reason for silence.”

“I dreamed a dream in times gone by.”

“A compliment is something like a kiss through a veil.”

“…Nobody knows like a woman how to say things that are both sweet and profound. Sweetness and depth, this is all of woman; this is Heaven.”

“Life’s great happiness is to be convinced we are loved.”

“Let us sacrifice one day to gain perhaps a whole life.”

“To love another person is to see the face of God.”

“Laughter is sunshine, it chases winter from the human face.”

“For there are many great deeds done in the small struggles of life.”

“The realities of life do not allow themselves to be forgotten.”

“Even the darkest night will end and the sun will rise.”

from The Christian Science Monitor: http://www.csmonitor.com/Books/2012/1225/Les-Miserables-15-memorable-quotes/Winter-nights