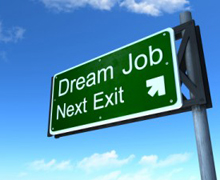 By the Editors of The Intercollegiate Review | A professor of government and philosophy at the University of Texas, J. Budziszewski is the acclaimed author of more than a dozen books, including On the Meaning of Sex, The Line Through the Heart, How to Stay Christian in College, and his latest, Commentary on Thomas Aquinas’s “Treatise on Law.” Budziszewski’s insights and crystalline prose make him must-reading for scholars and students alike—as he demonstrates here in the Intercollegiate Review’s Office Hours. 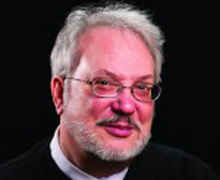 Tolerance and diversity are words usually used by the Left in academia to squash freedom of speech, especially among conservatives. How would you define the true role of tolerance? — Luciana E. Milano, Harvard University

J. Budziszewski: The liberal rationale for toleration grounds it on an incoherency: supposedly we put up with some bad and false things because we suspend moral judgment about the good and true. But if we really suspended judgment, it would be hard to see why anything should be tolerated—or why anything shouldn’t be tolerated, or, if we are going to be tolerant, which things should be tolerated and which things shouldn’t be. Actually, the nonjudgmentalist wants only his opponents to suspend judgment. He rams through his own moral judgments by pretending that they aren’t moral judgments.

By contrast, the classical rationale for toleration grounds it on a paradox: we put up with some bad and false things because the nature of the good and true demands it. For example, we don’t coerce faith, because as St. Hilary of Poitiers said, God does not desire unwilling obedience; we don’t repress the expression of false opinions, because debate helps us find our way to the truth. Notice, then, what true toleration requires: not suspending judgment but judging more adequately.

For undergraduates who have to make the tough decision of ­choosing a major, what do you recommend: a pre­professional degree or a humanities major?  — Meg Campbell, Anderson University

J. Budziszewski: How good if we learn how to produce wealth; how terrible if we think wealth is the only thing that matters. How helpful if we acquire the ability to bring information to the attention of others; how dreadful if we use this skill to manipulate and deceive. How fascinating if we are able to delve into the properties of matter and energy; how narrow if we imbibe the false ideology that matter is all there is.

In a sane educational system, the acquisition of theoretical and practical skills such as business, marketing, and the sciences would be integrated with the study of the nature of the good life and the meaning of being human. Everyone would study the liberal arts at the same time as preparing for a profession.

What role should philosophy play in the regular college student’s life? — Johnathan Geiger, University of Minnesota–Morris

J. Budziszewski: Philosophy is clear and systematic thought about the big questions behind the little questions that fill up the foreground of our lives. Most people hold opinions about the big questions without even noticing that they hold them. They do business as though wealth were all that mattered, do science as though matter were all there is, live as though there were no God—even though they may view themselves as holding no opinions about these things.

Everyone wonders about such big questions at least sometimes. If you never learn any philosophy, you will still “philosophize” in this sense, but you will probably philosophize badly. It’s better to learn to do it well.

J. Budziszewski: If pluralism means anything, it means that we don’t all have to play the same melodies on the keyboards of our lives. Some of us marry, others remain single. Some of us do paid work, others raise children. But all tuneful melodies have certain things in common. By throwing away the principles of harmony and rhythm, you don’t expand the diversity of melody; you merely substitute noise. The natural moral law is to a well-lived life as the principles of harmony and rhythm are to tuneful melody. So natural law isn’t less important because of pluralism, but more.

Did you receive any blowback from your peers in academia after your conversion to Catholicism? — Amelia Sims, Emory University

J. Budziszewski: Blowback about my faith began earlier than that. No one worried when I was a young scholar who denied that there is a rationally discernable difference between good and evil and argued that we aren’t responsible for our actions anyway. Problems began several years later, when I gave up these views and returned to Christian faith. I don’t think the hostiles even noticed, much later, when I converted from evangelical Protestantism to Catholicism. To them these are just two different varieties of craziness that ought to be repressed.

The undeclared religion of the modern university is practical atheism. You are allowed to believe in some kind of God, but not the kind of God who makes a difference to anything. You are allowed to have some kind of faith, but not the kind of faith that interacts with reason. What threatens practical atheists is the classical Christian view that God matters to everything, and that sound faith expands the possibilities of reason itself.

What is the most dangerous instance of self-deception in academia today and what have been its results? — Elizabeth Ridgeway, University of Georgia

Self-deceptions ramify for the same reason that other lies ramify. To cover up one lie, we have to tell another; to cover up that one, we have to tell a third; and so it goes. The same thing happens when we lie to ourselves. The worst self-deception is antirealism, the lie about lying itself. It is the most difficult to withdraw from, because it undermines the very foundations of rational thought.