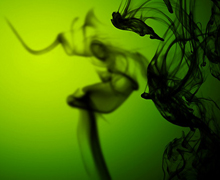 By Matthew Feeney | Perhaps in no other policy area are the opinions of lawmakers as different from the opinions of their constituents as drug policy. Despite the fact that more than half of Americans favor the legalization of marijuana, nowhere near fifty percent of policy makers think the same way. This is unfortunate not only because of the degree of human misery inflicted by current policies related to psychoactive substances, but also because the moral arguments in favor of current drug policy are unconvincing and rely on frightening infringements on natural rights.

One of the most striking aspects of the drug legalization debate in the U.S. is the vocabulary that is commonly used. It is considered normal for people to discuss the “War on Drugs,” despite the fact that these discussions sometimes happen over a beer, a coffee, or amidst a swirl of smoke produced by a nicotine product. Discussions on drug policy also sometimes involve talk of “legalization,” when in fact it should more accurately be described as “re-legalization,” given that all of the now-banned psychoactive substances at the heart of most drug policy discussions have only been made illegal comparatively recently.  The effect of this unfortunate and inaccurate use of language has contributed to making currently prohibited substances seem to many people somehow morally worse than drinking alcohol. 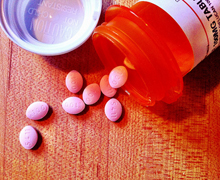 Before addressing the moral inconsistencies involved in maintaining a prohibitionist attitude, it is worth outlining the consequences of U.S. drug policy.

U.S. drug policy has had a hugely detrimental effect on minorities. According to the Bureau of Justice, black males were six times more like to be imprisoned that white males in 2012. According to the most recent data from the Bureau of Justice, almost 40 percent of prisoners are black, despite the fact that African Americans account for less than 15 percent of the American population. The Sentencing Project estimates that one in three black males born recently can expect to go to prison in their lifetime.

The black market, including drug trade, is a fixture of the global economy. Thus, the U.S. drug policy stretches beyond American borders  leading to harmful consequences abroad. In the last seven years, more than 70,000 people have been killed in Mexico, thanks in large part to the violence associated to the drug trade. This is much higher than the military and civilian Afghanistan war casualties combined.

Despite the deaths, the mass incarceration, and the financial cost of trying to enforce prohibition the use of illegal drugs in the U.S. has not declined. The so-called “War on Drugs” is a failure.

In the Declaration of Independence, Thomas Jefferson points out that “Life, Liberty and the pursuit of Happiness” are among our unalienable rights. The English philosopher John Locke said something similar, arguing that people have rights to life, liberty, and property, and that government is obliged to protect these rights. One of the greatest accomplishments of the Founding Fathers was the creation of a state with a political environment that allows for citizens to pursue their own interests, goals, and passions without interference from the state. Under a limited government that protects natural rights the state is limited to ensuring that the rights to life, liberty, pursuit of happiness, and property are protected. Unfortunately, it did not take long for successive administrations to gradually grow the size of the state.

What is not often discussed in drug policy debates is that for many people the use of psychoactive substances contributes to their happiness. Many Americans enjoy consuming alcohol, cocaine, LSD, nicotine, and cannabis precisely because these drugs make them feel a desired effect, be that stimulation, relaxation, or a psychedelic state. What is also often overlooked is that drug prohibition rest on a frightening moral assumption: that the state has the right to criminalize what you do with your most intimate piece of property: your body.

Taking and using drugs for the purposes of enjoyment is not new to our species. Almost every culture incorporates mind-altering substances somewhere in their myths, cultural practices, or religions. In fact, some have argued that an entheogenic theory of religion should be considered. In his book Drugged, Northwestern professor of pharmacology Richard J. Miller discusses the Gobekli Tepe archeological site in Turkey. At Gobekli Tepe, there are 17 feet tall limestone megaliths, some of which are decorated with depictions of animals and insects. Interestingly, Gobekli Tepe has been dated to a time called the “Pre-Pottery Neolithic B Period,” meaning that it is older than many ancient sites and predates writing.

However, Gobekli Tepe was not a settlement and seems to have instead been some sort of religious site. Miller considers the possibility that the consumption of hallucinogenic chemicals, which naturally exist in many plants and would have been consumed by our hunter-gather ancestors, inspired religion and the building of sites like Gobekli Tepe. Miller quotes Aldous Huxley, who said, “Pharmacology came before agriculture.”

Not only is the desire to consume mind-altering substances thousands of years old, it is also a natural urge and, as has been outlined by psychopharmacologist Ronald Siegel, is not unique to humans.

Despite the prohibitionist rhetoric relating to currently-banned psychoactive substance, the harms and addictive nature of drugs like cocaine, heroin, marijuana, and methamphetamines are exaggerated. Very few people who ever take cocaine or heroin ever become regular users, let alone addicts. In a 2003 article for Reason, my colleague Jacob Sullum quoted a Harvard researcher, who said “it seems possible for young people from a number of different backgrounds, family patterns, and educational abilities to use heroin occasionally without becoming addicted.”

Columbia University neuropsychopharmacologist Carl Hart has pointed out that methamphetamine, one of the most feared drugs, is “nearly identical” to Adderall and that, “There is no empirical evidence to support the claim that methamphetamine causes one to become physically unattractive.”

This is an important point to make in the moral discussions surrounding the legalization of currently-banned drugs because it is sometimes said that prohibitionist polices are justified because legal drugs are somehow less dangerous than illegal drugs. This is nonsense. In order for the current drug policy to be defended, prohibitionists must show why it is morally permissible to pursue happiness by using alcohol but not marijuana.

As well as being an infringement on the right to pursue happiness, drug prohibition also infringes on the right of self-ownership. One of the most terrifying features of the “War on Drugs” is not the human suffering that it inflicts around the world (although this should never be overlooked), but the moral assumption it is built on: the state has the right to control what you do to your body. Even if drugs were as addictive and damaging as prohibitionists say, yielding the right of self-ownership to the state would be worth resisting. If one grants the state the right to control your body it is not hard for the state to justify control over other property.

Although no country has legalized all drugs there are examples of countries that have liberalized their drug laws. Portugal, where all drugs have been decriminalized for over ten years, has not descended into chaos, nor have the rates of use of drugs exploded. The Netherlands also has a far more liberal attitude towards drugs, and has also not become a real-life embodiment of Sodom or Gomorrah. Indeed, in the ten years after drug decriminalization began, drug abuse in Portugal was halved.

Current American drug policy is inhumane, expensive, unworkable, scientifically illiterate, racist, an excuse to grow government, and a violation of our rights. The obvious practical failures of the “War on Drugs” are well known. But it is not often enough said that current drug policy is not only a practical failure, it is a moral one too, and it is almost unspeakably depressing to consider how many lives will be needlessly ruined before enough legislators realize this for America’s drug policy to be abandoned.

FTU Note:  If this issue is important or interesting to you, be sure to take our new course “Should Drugs Be Legal?” going live online this Friday.