Is Transgenderism the Next Sexual Tipping Point? 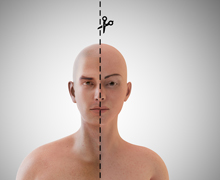 By Janie B. Cheaney | A few years ago we were told that the defining civil rights issue of our time would be same-sex marriage. But that was then. Welcome the new defining civil rights issue, officially announced in a cover story (subscription required) in Time magazine: “The Transgender Tipping Point: Nearly a year after the Supreme Court legalized same-sex marriage, another social movement is poised to challenge deeply held cultural beliefs.” 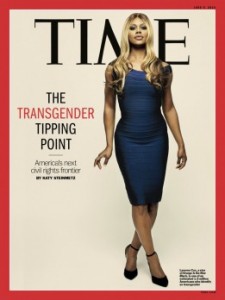 Just to clarify: The Supreme Court did not “legalize same-sex marriage”; it cleared the way for the states to do so. (That’s another “defining issue”: obfuscation.) But having supposedly won the high ground for the L, G, and B of a now-familiar acronym, the T and Q (for either “queer” or “questioning”) are taking the field.

Cross-dressers and transgendered people have existed throughout history, and in many cases have raised no more than an eyebrow. Their numbers were few and they made no demands—at least not very loud. They negotiated their own space as individuals, presumably including restrooms. Now some transgendered persons and their advocates are demanding to be recognized, as a group, for who they are. But exactly who they are is unclear. Ambiguity is built into the definition of “transgender,” as we saw when Facebook added 50-some gender options for its member profiles. Ambiguity is what you get after decades of insisting that there absolutely are no absolutes and everybody needs to go along with what everybody else is doing with their own identity. Suddenly we’re at a “tipping point,” and once again the church has to decide what it’s dealing with, and how to deal with it.

First of all, we’re dealing with human beings made in the image of God. For whatever reason, they are not comfortable with aspects of that image. Their minds and wills are overruling their bodies. This shouldn’t surprise us, for “The purpose in a man’s heart is like deep water” (Proverbs 20:5). Even those of us who are clear about our gender don’t fully understand ourselves. But (the Proverb continues) “a man of understanding will draw it out.” Understanding comes from God, who is not at all ambiguous about Himself.

I suspect the transgender surge is something of a fad. Doubtless, some people have serious psychological issues with their biological sex, but others—impossible to say how many—get a kick out of being different. Still others wander blindly through a forest of cultural indicators, looking for one that makes sense for them. “When he saw the crowds, he had compassion for them, because they were harassed and helpless, like sheep without a shepherd” (Matthew 9:36). Some among those crowds were obnoxious, some pushy, some overtly rebellious, and he had compassion on them all. The church should do no less, especially since we are also obnoxious, pushy, and rebellious at heart. Christ, the ultimate Man of Understanding, drew us out. When this movement fails to bring an Age of Aquarius, as they all do, we can still point the way to the only Shepherd.