Is the Modern College Sustainable? 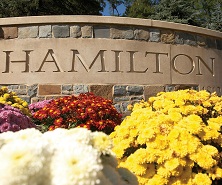 By Robert Paquette | Dealing with the new term, “College Sustainability.” The word “sustainability,” like the words “diversity” and “multiculturalism,” has acquired totemic status on college campuses.  Go to your favorite college website, look under “Offices & Services,” “Research,” “Education” “Campus” or any number of other categories and you may find more space devoted to the word “sustainability” than is devoted to the offerings of certain traditional disciplines. Sustainability embraces many different beliefs and enthusiasms that range from hard left to communitarian right. Since many boards of trustees possess affluent rent-seekers from the investment world who stand to make a mint from federal legislation and regulatory policies that tilt the economic playing field in the desired direction, college officials have ample incentive to drool at the sound of the sustainability bell when the prospect looms of a crony capitalist donating a transformative gift of millions to his alma mater after making tens or hundreds of millions from, say, passage of cap-and-trade or from statist redistributions of tax dollars to subsidize green technologies.  Need it be said that Jeff Immelt, the quintessential crony capitalist of our time, has a far more revered status on elite college campuses than Charles Koch.

In promoting sustainability, college officials and board members shamelessly congratulate themselves on being “leaders in education and environmental stewardship.”  One might legitimately ask, however, whether in an introspective moment their vainglory would extend to the good stewardship of their country’s heritage.  In the early 1980s, when I joined the professoriate, few members of the academy had it within the realm of possibility that in a decade or so the Soviet empire would disintegrate, the Iron Curtain would fall, and East and West Germany would unify.  Is it craziness given what many of us are seeing in cultural, educational, and demographic trends, with their attendant emphasis on pluribus rather than unum, to imagine not too far down the road the crack-up of the United States?  If, God forbid, the Balkanization of the United States arrives, then the legion of investigators who will inevitably sally forth to understand what happened to a great civilization will surely point a finger of blame at America’s college campuses and at the feckless or misguided trustees who abdicated their responsibilities.

Some years ago, for the brief moment when I was on good terms with Hamilton’s board of trustees, its chairman engaged me one day on my concern about the lack of intellectual diversity on campus.  He said something to the effect, “Paquette, what are you worrying about?  There is no evidence that conservative undergraduates after four years of proselytizing in the classroom are graduated into Marxists.”  Indeed, an article co-authored by Hamilton’s Assistant Dean of Faculty for Institutional Research would be trotted out and publicly cited to deny that Hamilton and other left-leaning liberal arts colleges function as a kind of “Indoctrination U.”  With all due respect, I told the chairman, you seriously misunderstand the problem.  Let’s assume, for the sake of argument that the article in its methods and evidence stand as Scripture.  The problem is not that after four years of Hamilton College graduating seniors will spit on the grave of their ancestors, it is that those who graduate, precisely because of the deficiencies and one-sidedness of their education, will prove defenseless in articulating a thoughtful response to the caricatures of American and Western history that now pass as gospel as precincts of the cultural left capture ever more ground inside and outside the academy.

The United States cannot survive as a nation if the traditions and principles that made it cohere as a prosperous and distinctive country are distorted and marginalized.  A spectacle unfolds on many college campuses in which carpet-bagging deans and educational bureaucrats come to this country precisely because of its wealth and tolerance and then, without having read a serious book on American history cover-to-cover, fashion policies and programming that relentlessly hector us about how bigoted we are.  As a professional historian, I teach my students that the United States was founded on the principles of limited government, voluntary exchange, respect for private property, and civil freedom.  Does any sane parent believe that more than a tiny fraction of students graduate from college these days with a deep and abiding appreciation of the worth of these principles?

For Doubting Thomases, look no further than the eleven elite liberal arts colleges that comprise the New England Small College Athletic Conference (NESCAC), which includes Amherst, William, Trinity, and Wesleyan.   Not one–I repeat, not one–of these eleven colleges requires that undergraduates attend a single course in American history.  Even worse, a substantial majority of these eleven elite colleges do not even require of their majors in history as many as one American history course. Not one NESCAC history department requires a two-semester American history sequence for its majors. Non-Western history, however, has a privileged status in a majority of the departments.  Amherst requires of history majors that they take only “one course each in at least three different geographic areas.” The United States is but one of six geographic areas from which students can choose.  Bowdoin College’s history department offers eight fields of study.   Four “non-Euro/U.S. courses” are required, but not one US history course. In 2007, one-third of all history majors at Hamilton College were graduated without one course in American history.  As the American historians in my department battled to remedy this disgrace, the majority voted a minor concession: Starting with the class of 2012, majors must take one course in US history, although the non-Western requirement would remain “[T]hree courses must focus upon areas outside of Europe and the United States.”  Where were the dean of the faculty and the College’s president during this process, you ask?  Fiddling.

Hamilton’s leaders, it seems, find more favor with positions and programming whose primary purpose is to sharpen the very ethnic and racial identification that is contributing to a disuniting culture.  Although, ultimately, Hamilton’s board of trustees  wanted on campus neither an Alexander Hamilton Center devoted to the study of freedom, democracy, and capitalism, three great ideas that were spawned in Western culture, nor the four million dollars of fresh money that came with it, they did rush to approve a new cultural education center (the Days-Massolo Center) whose stated mission is to serve as “a central resource for exploring intersections between gender, race, culture, religion, sexuality, ability, socioeconomic class, and other facets of human difference.”