Is it Safe to Come Out of my Safe Space? 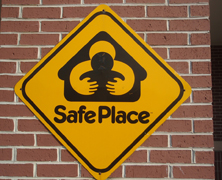 It’s become so commonplace on American college campuses that it’s hardly news anymore. Students demanding “safe spaces,” where they aren’t confronted by any idea that might offend them or challenge their way of thinking. Trigger warnings: Professors having to announce that a particular book or lecture may upset someone.

At many universities, students are so determined not to be offended that they will shout down and shut down appearances by speakers who dare to hold a different point of view.

And more maddening than any of this is that many universities actually condone this behavior. Or at least refuse to intervene.

So I’m happy to share with you this “man-bites-dog” story from the University of Chicago.

Dean of Students Jay Ellison sent a letter to incoming freshmen with a stern warning:

“Our commitment to academic freedom means that we do not support so-called ‘trigger warnings,’ we do not cancel invited speakers because their topics might prove controversial, and we do not condone the creation of intellectual ‘safe spaces’ where individuals can retreat from ideas and perspectives at odds with their own.” 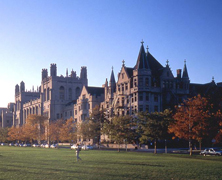 Dean Ellison goes on to write that “the free exchange of ideas reinforces another university priority—building a campus that welcomes people of all backgrounds.”

Folks, the University of Chicago is an elite university. Forbes magazine ranks it #20 in its “best American colleges” category. And the composite SAT scores of its student body range from 1435 to 1600 (1600 by the way, is a perfect score).

It’s also fair to say that the University of Chicago, on a liberal to conservative scale, sits comfortably on the “liberal” side of the ledger.

So it’s big news, and very, very good news, that a leading, liberal university is committed to the free exchange of ideas (which after all, is what classical liberalism is all about) and that it wants to challenge its students, sharpen their intellects, and not place them in a protective bubble.

The question is will this defense of true intellectual diversity start a trend? There are some other encouraging signs.

During his University of Michigan commencement address in May, former New York Mayor Michael Bloomberg was blunt: “The fact that some university boards and administrations now bow to pressure and shield students from these ideas through ‘safe spaces,’ ‘code words,’ and ‘trigger warnings’ is, in my view, a terrible mistake.”

Why? Because it doesn’t prepare students for the real world. Safe spaces are outright dangerous, he said, because they create “the false impression that we can insulate ourselves from those who hold different views” in a global economy and democratic society.

Like I said, this is very good news. But it’s also a good challenge for us Christians. Do we create “safe spaces” for our students, and leave them unprepared for the real world? Or do we teach them not only the Christian worldview, but help them understand opposing worldviews, so they can take them on in the marketplace of ideas?

Liberty University—a decidedly conservative evangelical school—opted for the latter when it invited Democratic socialist presidential candidate Bernie Sanders to speak on campus—and required that students attend. The vast majority of the 12,000-student audience disagreed with Sanders on virtually every issue—but they listened politely and even praised Sanders for agreeing to speak to an audience that didn’t share his views.

Years ago, Chuck Colson warned that the “greatest danger to a free society is suppression of the free expression of ideas.” And events have of course proven him right.

So let’s hope and pray that the nation’s universities take their cue from Chicago and Liberty and promote the free exchange of ideas on their campuses and everywhere else.

Come Out from Your Safe Space!