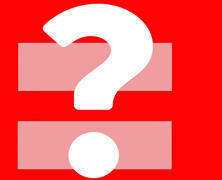 By Matt Wilcoxen | Alex Lundry, Mitt Romney’s data analyst, recently reported that over 60% of evangelical youth support the legalization of same sex marriage (SSM). This number is in stark contrast to the responses of older evangelical Christians to poll on the issue. Democratic strategist Hilary Rosen cited this statistic on NBC’s Meet the Press this past Sunday. The context was a discussion over the upcoming Supreme Court decision regarding the constitutionality of state laws banning SSM. The panel of senior level reporters and political operatives essentially took this as further confirmation of the inevitability of the legalization of same sex marriage in the United States—whether this happens in the upcoming Supreme Court decision or at some later point in time. Rosen said: “this is an issue that is just taking over the tide”. E.J. Dionne, a columnist for the Washington Post, agreed: “I’m with Hilary, the trend is pretty amazing….This is a big, historic moment. And the movement, I think, is just overwhelming and gradual and almost irreversible.”

Now, I do not begrudge Rosen or Dionne their respective opinions. At an important level their comments are on fairly reliable ground; they are simply reporting on what is indicated by the polls. They are commenting on American politics, and voter demographics have a lot to do with American politics. However, with that said, I think it is fair to say that this kind of language of “tides”, “movements”, and “trends”, typically forms a very key part of the argument for the liberal social agenda. I call this the “argument from inevitability”. It’s usually delivered alongside a few other types of arguments and packaged as a cumulative case. But in the case of SSM it seems to me to play an especially prominent role. You are welcome to differ with me, but I am convinced that the logic of inevitability has been widely persuasive, leading people who might otherwise be disinclined to agree with SSM (as are Christians, who belong to a 5,000 year old tradition that would see SSM as “against nature”) to go out of their way to accommodate this suddenly inevitable fact into their ethical grid.

The argument from inevitability can be stated quite simply as it relates to SSM:

2. In recent years, there has been more and more public support for SSM.

3. Therefore, one day we will reach a universal or nearly universal consensus in support of SSM.

Now, the argument from inevitability persuades an individual in roughly this way:

4. One day there will inevitably be a universal or nearly universal consensus in support of SSM.

5. Standing in opposition to an inevitable consensus is either futile or personally disadvantageous.

a. If the consensus is truly to be universal, everyone will one day agree with it anyways. Resistance is futile.

b. If the consensus is only to be nearly universal, then disagreeing with it will make me a rather severe outlier.

6. Therefore, at the risk of futility or ridiculousness, I should allow myself to be persuaded of agreement with SSM.

However, there are some problems with the way the argument from futility works. There are a couple of hidden premises operative in (1)-(3).

First, there is the premise that a trend entails inevitability (in this case the universal support of SSM). For some reason this premise retains a measure of naïve intuitiveness, but I do not think it can be justified either by logic or by experience. It seems far easier to substantiate the view that historical trends of any type are open, episodic, and surprising (at least from the view of temporal creatures).

Second, the argument operates on the implicit premise that universal consensus is roughly equivalent to a notion of “the good”. I can see a couple of ways in which this premise could be true: (a) it could be that human beings as a whole are generally progressing toward the attainment of some objective goodness, or (b) it could be that goodness just is whatever finally receives universal consensus. So (a) smuggles in an entire philosophy, really—the philosophy of Hegel, while (b) smuggles in the denial that “goodness” is something objective and real. In this way, it grates against its own argument, vitiating the argument’s power to persuade by reference to “the good”.

Once the premises of (1)-(3) are brought into the light of day, the persuasiveness of the argument from inevitability is severely deflated. This is especially true for the Christian, who will have a hard time with a number of the premises that the argument demands we accept. The deflating of the argument from inevitability shifts the debate away from this subtle rhetorical strategy and makes space for a more clear-headed debate about whether or not SSM is just, and whether it should be endorsed by the government. Without the psychological fear of the inevitable, Christians who in good conscience oppose SSM can make their arguments, testing them against one another and in the public square. If they continue to find these arguments persuasive, they should hold to their position and defend it, remembering that the only point from which we can truly declare something “inevitable” is the eschaton. We should be open to being defeated by truth, but not by a manipulative and unjustified fatalism.