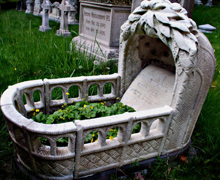 By Anthony Esolen | We ought to rename our planet according to the bureaucratic shackles we place upon our children. We shall call it Tormentaria. It seems quite apt.

The Tormentarians are a humane race. They don’t favor harsh (though swift) punishment; they grow queasy if anyone mentions a whipping post or even a smack on the posterior. They prefer to work on the mind, patiently, interminably, beneficently. It is never their aim to settle things with a free and open fight. That would upset the blessed routine of Tormentaria. No, they direct all the machinery of their social systems to mold and squeeze the offender into the perfectly square hole he is destined to fill, for his own good and the good of his fellow Tormentarians. 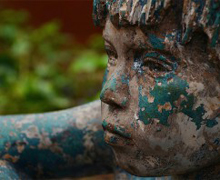 All Great (Un)Learning Happens in the Asylo

When they are hardly old enough to toddle about, they are wheeled away to what is called, in Tormentarian, an asylo, meaning “rainbow center,” where they are attended to by paid professionals, usually of a kindly disposition, who will feed them at regular feeding times, nap them at regular napping times, give them regularly scheduled “activities” to keep them from rusting solid, and remember their names. The little Tormentarians learn to look forward to the asylo, because otherwise they seldom meet another of their own kind. Besides, the walls of the asylo are gaily painted with colors unknown to the flora and fauna of Tormentaria – gaudy blues to substitute for the sky and purples and oranges to substitute for fruit, and buds, and flowers. Children, the Tormentarians know, like that sort of thing, and the sheer blare of it will make Tormentaria rivers and trees and bluffs dull by comparison.

In the asylo the children must be “tormentarianized” into predetermined games, never of a competitive nature, lest anyone should be hurt by real anger or disappointment, or elated by real victory. They also practice their alphabet, and the brightest among them learn to read drivel. That satisfies the vanity of their parents, who hope to send them to the finest penitentiaries on the planet. It also prepares them for their adult lives, when they will be reading newspapers and magazines.

So much for the early years. But when he is a little older – let’s say, a year or two before he would naturally be comfortable leaving his home and the person the more old-fashioned Tormentarians call his mother – the child is sent off to school. Here let us pause to note the impeccable Tormentarian social logic. In times past, when the Tormentarians had a hankering for physical discipline, the rich among them would send their boys or girls far away to a boarding school, to sleep in barracks, to be drilled in Old Tormentarian verb conjugations, to eat spartan fare, and to play rough games in the fields. The problem with this system was that, in spite of common cruelties and long stretches of drudgery, the children were thrown back upon their own resources, and developed their imaginations sometimes in spite of the school itself. They formed clubs for all kinds of things: singing, stamp collecting, chess. They fashioned their own laws and teams and hierarchies, and those, regardless of the bullying and worse, made them men and women almost before they knew they were real boys and girls.

The personal growth that was expected of such children can be divined from an excerpt of a letter from Tormentarian President Theodore Roosevelt to his son Kermit, at faraway Groton, evidently responding to a letter wherein Kermit has notified his father that he will be playing football. The president approves of the decision, and then adds, “I would rather have a boy of mine stand high in his studies than high in athletics, but I could a great deal rather him show true manliness of character than show either intellectual or physical prowess; and I believe you and Ted both bid fair to develop just such character.”

It is clear from Roosevelt’s correspondence that his son had entered a world of its own, with great risks and greater rewards: a world wherein the other boys would esteem you according to your manly character. The experience was such as to rouse deep indignation or deep affection or both; and then, too, there was the dangerous beauty of Old Tormentarian poetry lurking in the wings, ready to touch the barracks with gold.

From Crib, to Corporation, to Corpse

What all children once did on their own, without adults to manage their movements, now relatively few do, and under strict supervision. Parents themselves have taken their cue from the schools, and enlist their young charges in all kinds of drills: for dance or music or gymnastics or martial arts, until the schedule for a typical Tormentarian tot resembles the day’s lineup for the executive of a large corporation. You may not, in Tormentaria, look up at the stars at night because you enjoy doing so; but you’ll be admired and envied if your parents convey you to an Astronomy course, wherein you will do very little looking at stars and a lot of riding in a car, answering “present,” looking at greaseboard drawings, and waiting in line to peer through a telescope. You may not, in Tormentaria, run off with your pals (boys only) to some swimming hole to strip naked and jump in and swim like happy fools. But you’ll be admired and envied if your parents convey you to swimming practice, wherein you will have your weight checked with calipers, your body shaved for streamlining, your times clocked, and your lungs filled with the sickly sweet odor of chlorine. You may not, in Tormentaria, holler for your friend from the street so that you can argue about which of your idols is the better ballplayer, but you will be admired and envied if your parents convey you to Debate Club, where you will sharpen your skills until, it is dearly hoped, you will be recognized by one of the Tormentarian Universities. Indeed, everything you do as a child must be geared – I use the word “geared” deliberately – toward that resume which will gain you admission to Higher Blunting, followed by Prestigious Work, followed by retirement and death.