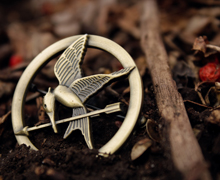 By Michael Metzger | If a recent New York Times article describing Amazon’s culture is anywhere close to the truth, Amazon is not a healthy place to work. In fact, it’s more like the Hunger Games.

A few weeks back, NYT reporters Jodi Kantor and David Streitfeld wrote a scathing review of Amazon’s corporate culture. The sub-title was “wrestling with big ideas in a bruising place.”1 That’s putting it mildly. Amazon’s not bruising. It buries people.

Workers are encouraged to savage one another’s ideas in meetings, toil long and late past midnight, with text messages followed by more messages asking why they were not answered. Colleagues select sacrificial lambs to protect “more essential players.” A marketer who spent six years in the retail division said, “You learn how to diplomatically throw people under the bus. It’s a horrible feeling.” 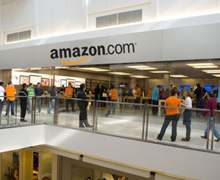 Yes it is. That’s what the Hunger Games feel like. In the films, the rulers of Panem keep an iron grip on their districts by forcing each one to select a boy and a girl (called Tributes) to compete in a nationally televised event called the Hunger Games. Every citizen must watch as the youths fight to the death until only one remains. The victor’s district is showered with gifts, namely food. It’s a Darwinian survival of the fittest.

Interestingly, one former human resources director called Amazon’s game of winners and losers “purposeful Darwinism,” where losers leave or are fired in annual cullings of the staff. This however is an oxymoron. Darwinian biologists insist that life isn’t purposeful. The appearance of design is an illusion. Life is unguided material processes. Unguided means there is no design. If there’s no design—and nature abhors a vacuum—something else will fill the void. In our modern world, data often does the trick.

This explains Amazon founder and CEO Jeff Bezos. In a 2010 graduation speech at Princeton, he recalled trying to get his grandmother to stop smoking. Bezos just did the math, calculating that every puff cost her a few minutes. “You’ve taken nine years off your life!” he told her. She burst into tears. Bezos was 10 at the time.

Two decades later, while at the financial firm D. E. Shaw, Bezos overturned Wall Street convention by using algorithms to get the most out of every trade. Then came Amazon. Bezos has “created a technological and retail giant by relying on the power of metrics,” Kantor and Streitfeld write. Big data drives Amazon’s decisions. Sean Boyle, who runs the finance division of Amazon Web Services claims that “Data is incredibly liberating.”

I doubt the losers at Amazon would agree. Same goes for losers in the Hunger Games. Clay Parker Jones, a business consultant, is closer to the mark. The way to win in Amazon’s Darwinian corporate culture is to “stay ahead of the executioner’s blade.”

Big Data can be of immense help but the Amazons of the world idolize it. It’s evidence of what is called “the mathematization of the market.”2 This dates from the 19th century with the advent of Darwinian thought. With its ascendency, confidence in the existence of God declined. As Americans became skeptical as to whether a moral universe exists, mathematization became the only game in town.

In 1963, William Bruce Cameron noted that not everything that can be counted counts, and not everything that counts can be counted. For instance, big data cannot provide companies with a sense of purpose. But it can reveal their culture, for whatever an organization systematically pays attention to and measures becomes its culture.3 Amazon appears to be driven by data more than by any transcendent purpose, making it feel very much like the Hunger Games.