How We Colored Our Public Squares Red 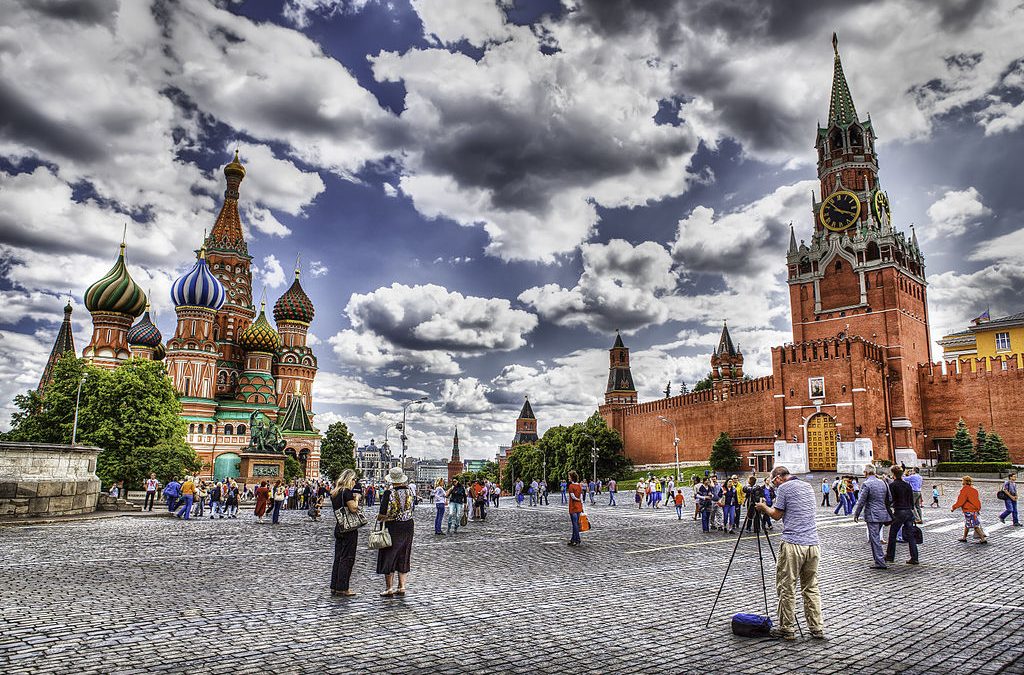 Reports tell us that church attendance among Americans is falling. I am acquainted with secular professors who apparently have learned nothing from the experiences of atheistic social experiments in the last century. Social experiments, I say, and not societies, because such monstrosities as Soviet Russia and Red China were never social enough to raise the human soul to what might unite us in common devotion. 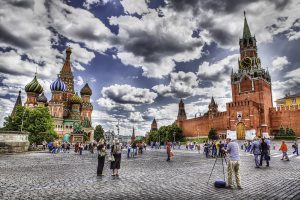 These professors say that all we need to do now, to alleviate the alienation of our time, is to build up communities that are not religious; which is like saying we should master new ways of walking after our legs have been blown off.

Man is not united from below but from above. It should not be too hard for even a secular man to see why. Things from below are material and cannot easily be shared. I own what you do not. Harvard has only so many spots open for its freshman class. With all our wealth—even the poorest in our midst live far more comfortably than did my grandparents—we gaze with lizard-eyes on the greater wealth of others, as if the man who possesses 50 things he does not need is an offense to me, who possesses only 40.

Nor does the pursuit of physical pleasure unite. I experience such pleasure in my body alone, not someone else’s. Even two people having sex, if it is outside of the commitment of marriage, mars the pleasure with worry or suspicion or boredom or a vain attempt to suppress full knowledge of what they are doing. The ancients knew that hedonism is no foundation for friendship, because when the pleasure is gone, as it must if circumstances make the habit impossible, then the friendship will die. Swap the fishing partner or the spouse for another.

What is left? Something at once better and worse than avarice or lust. It is better, because it does demand self-sacrifice, and it can bring people together, temporarily and nervously, in an ersatz religion. It is worse because the unity is fiery and sulfuric; it is the factitious unity of creatures out of Hell. I am speaking of political action.

Recall the first prison scene in George Orwell’s Nineteen Eighty-Four. Winston Smith is locked in a crowded and filthy cell with other offenders against the orthodoxy of Big Brother. One of these is his neighbor, a fat, sweaty, ordinary fellow named Parsons. His offense? Not the concerted action that Smith has undertaken. Parsons hasn’t kept a diary. He hasn’t attempted to collect curiosities from before Big Brother’s reign. He hasn’t had illicit relations with a woman. He hasn’t tried to save physical evidence that the Ministry of Truth is in the business of lies and the obliteration of history. No, Parsons is a regular participant in all the hygienic social exercises of the state. His offense was subliminal. He cried out, in his sleep, “Down with Big Brother.”

For that social sin, Parsons was turned in to the authorities. Which apparatchiks accomplished this great work of justice? His small children, that’s who. And Parsons, muddled and dismayed, says he is proud of them for it.

The Christian examines his conscience and understands that all men have sinned, and all have fallen short of the glory of God. Father Zossima, the spiritual beacon in Dostoyevsky’s The Brothers Karamazov, says that the monk must remember that his being in the monastery is a sign that he is not better than other men, but worse.

“No one can judge a criminal,” he says, “until he recognizes that he is just such a criminal as the man standing before him, and that he perhaps is more than all men to blame for that crime.”

Zossima remembers the wisdom of his brother, Markel, who died when he was but a lad. “Another thing, mother,” says Markel, resting on his bed only a few days before his death, “every one of us has sinned against all men, and I more than any.” When the mother smiles and says that cannot be so, Markel recalls her to Christian wisdom that is both mystical and realistic. “Mother, little heart of mine,” says the boy, “little heart of mine, my joy, believe me, everyone is really responsible to all men for all men and for everything. I don’t know how to explain it to you, but I feel it is so, painfully even. And how is it we went on then living, getting angry and not knowing?”

The secular inversion is this: I am “responsible” for all men, in the sense that I must compel them to do what the vast political system that animates me has determined to be “good.” I do not examine my conscience. I examine their words on social media, I sift through their lists of friends, I comb their past lives like a god, seeking out what is wrong, in order to destroy them.

Never underestimate the bituminous delight in such activity. It costs those who engage in it no clutches of the heart. Their consciences are clear. How fine a thing to be clean, to be justified in the eyes of the almighty! Then to ferret out the evil, to drag it into the light before millions of eyes, to humiliate, to crush—what joy, what reason to feast, to hug the nearest spy, and to give thanks to inexorable progress in manners and morals, to be on the “right side of history”!

A Sickness of the Soul

We are our own totalitarians. We make the Puritans in Hawthorne’s The Scarlet Letter look like free-thinkers. Who among us will be most passionate in surveillance?

Children, first of all—young people. They are naturally “idealistic,” and their lack of experience makes them gullible, not to mention their ignorance of the demands of true religion and of the penetrating literary works from the past. They have never had to hire or fire, never made a home, never raised a child; they do not know the psalms or the gospels; they have no firm roots in history, and their foolishness has not been checked by such admonitory works as Heart of Darkness or The Gulag Archipelago.

Who else? People who, in the best of times, are prone to envy; who carry a grudge; who have been instructed to hate; the insecure. So it seems to me as I look about. And no political election can put an end to it, because this problem arises from our souls. Color our public squares red.

How We Colored Our Public Squares Red