How is Diversity Coming to Leviathan University? 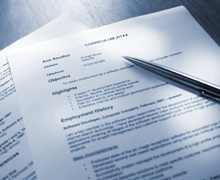 If you are receiving this memo, it is because I believe you should apply for one of those 75 positions.  In order to effort that effort, I am offering some “advice” on how to craft a resume that the hiring committee will immediately recognize as recognizably diversity-friendly.

NAME.  This is crucial.  A false opening gambit can spell ruination.  The more your name identifies you with the Developing World, the better.  If you have an oppressive-sounding name like Joan Cuthbertson or John Featherton-Smythe, consider changing it legally to something like Metta World Peace or Honey Boo Boo.

ADDRESS.  Not necessarily where you live, but anywhere you can collect checks.  An address that shows solidarity with the working poor is preferred, but avoid anything too obvious, such as, “the Amtrak station” or “inside my own head.”

OBJECTIVE.  Here you must walk a fine line between exalted expectations and false modesty.  Objectives such as, “to subvert Western imperialism” or “to be humbled by my non-gendered, differently enabled betters” are extremes best avoided.  “Global peace” is fine if you’re running for Miss America (and by the way, you never ran for Miss America, which is sexist unless you’re male-identifying).  Try this:  “To keep a Republican from getting the job.”

EDUCATION.  Allow me to be perfectly frank.  We live in stratified times.  There are only a handful of universities who truly grasp the diversity imperative: the Ivey League, Berkeley and Stanford.  A degree from Ave Maria or Baylor will fall flat as a creationist’s head, and get you a job directing K-Mart shoppers to the ring-binder aisle during “Back to School” week.

EXTRACURRICAL ACTIVITIES AND AWARDS.  Be circumspect about citing sororities or fraternities (especially if initiation deaths were reported in local papers).  Political activism is very important, but only of the right kind.  Protesting the Koch Brothers, Wall Street, Fox News, fracking, war (unless waged by the current administration), and Walmart are all acceptable, especially if you wore one of those creepy masks with the mustache.

WORK EXPERIENCE.  If there is an unseemly gap in your employment record, make a note that you were either (a) on a hunger strike to protect Arizona or (b) on a work stoppage to protest competition.  If you’re currently employed and looking for a new position, explain that you’re leaving your government job because everyone died there due to GOP budget cuts.

HOBBIES.  Emphasize things STEM related.  In your spare time, you jam Israeli radar, create artificial life, and craft titanium sex toys.  Avoid anything religious sounding, as people will assume you burn witches and hold up signs at ballgames and funerals.  Astrology is OK.

LAST BOOK READ.   Most people don’t include this one on a resume,  but it proves you give attention to detail.  It also proves you can read.  Again, avoid extremes!  Find some happy medium between Fifty Shades of Gray and Luther’s Bondage of the Will.  Try something historical, maybe on the Civil War.  You needn’t remember it.  Just remember the dates and which side wore blue.

PERSONAL REFERENCES.  Vet these people carefully for untoward associates.  Make sure no one will Google your reference only to find out s/he is in the Salvation Army or the Knights of Columbus or the American Legion or a similar domestic terror organization.  And include last names!  No one will be impressed by “Siri” or the customer-service rep you talk to one the phone when you want another cable channel.