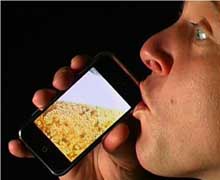 By Bob Shank | So, what do you want to be when you grow up?

Every generation has answered the question based on very sketchy data. My claim: little boys (my personal experience pool) have stayed pretty consistent: policeman, fireman or athlete. The available options aren’t very apparent when you’re under-10; the approved list of professionals isn’t deep at that age.

Life gets complicated, quickly; little boys – and, girls – grow up, and their connection with their world expands. Snag a 13 year old today and ask the question; what will you hear?

Here’s a new one: “App Creator.” Turn the clock of history back just a decade, and “App Creator” would have brought limited response from a Google search. But now…

Today’s Wall Street Journal pulls back the curtain on an industry that didn’t exist pre-iPhone. When Steve Jobs unveiled the touchscreen smart phone and its ability to run apps, the planet shifted its axis. In June of 2007 – less than six years ago – Apple announced that they would allow third-party creators to sell their spawn through iTunes. The app was out of the bag…

According to the WSJ report, the lowly app – average price is $3.18 for an iPhone – is about to become a $25 billion industry. The average user spends two hours each day using apps. Based on a minimum wage of $8/hour, that makes the use of apps a $1 trillion national pastime.

I’m constantly bumping up against people who are culturally punch-drunk. Battered by the unrelenting upper-cuts of the surrounding models of unchallenged paradigms, they have no time for [better] things . . . .

“The unexamined life is not worth living.” (in Plato, Dialogues, Apology). How many things do we allow to find a place in our lives and continue, unchallenged? Where do we spend – as contrasted with invest – our time?