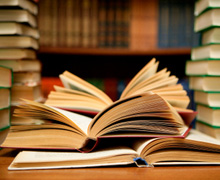 By  Michael Robert Hepner | Until higher education throws out the text books and replaces them with primary sources, and professors begin talking with their students instead of to their students, our graduates will remain content to gain no other knowledge than what is required for their major.

He did not know the name Joe Biden. In fact, only six of the twenty students in my undergraduate World View seminar could provide the name of the current vice president on the 100-question U.S. Citizenship Exam. A sophomore, who incidentally gave the answer “Vince Carter … peanut farmer???”, quickly provided me fodder for a month’s worth of classes when he exclaimed, “Good thing I’m not a history major … I only need to know business stuff.”

It is no secret that American higher education is becoming more technical. Students intend to hurdle general education requirements quickly so they can start courses for their major. Perhaps this move is a residual fear of falling behind the Soviets after Sputnik. Perhaps it’s the result of modern-day budgetary issues. Whatever the reason, many post-secondary institutions are helping students circumvent general education by reducing the number of required courses.

The University of Arkansas at Fayetteville’s Fulbright College of Arts and Sciences, for example, recently reduced its general education requirement from 66 hours to 35 hours, in order to allow more specialized courses and to reduce costs by having faculty concentrate on their own areas of specialization. It also doesn’t help that community colleges advertise their courses as a cheap alternative to the general education courses offered at baccalaureate degree-granting institutions.

I often beg students, faculty, staff, and advisers not to refer to “gen eds” as simply a set of courses to get out of the way before students can get to the “real stuff.” Stressing the importance of general education has become a tall order, as many colleges and universities have seemingly lost sight of it. Gen eds are designed to develop critical thinking skills, and while they may seem unimportant because they don’t teach students a skill that can be immediately performed and quantified, these courses are vital, because they give students a broad knowledge of their world.

As the Association of American Colleges and Universities’ 2005 report Liberal Education Outcomes notes, liberal arts courses give students “a sense of social responsibility, as well as strong and transferable intellectual and practical skills such as communication, analytical, and problem-solving skills.” Yet, while former Harvard University president Derek Bok observes that more than 90 percent of American college and university professors consider critical thinking development the primary purpose of undergraduate education, we who fall in this group are still some of the biggest offenders when it comes to brushing off gen eds as nothing more than the same stuff our students were taught in high school.

Without his general education, the aforementioned student who is not a history major may have missed one of the best analogies for critical thinking development. Plato’s allegory of the cave shows how we can come to know what is good through critical thinking, though of course the term “critical thinking” is not used explicitly. Socrates describes a cave in which humans are chained facing a wall from birth; behind them, passing puppeteers cast shadows on the wall in front of the prisoners with figurines and other items they are carrying. Because the prisoners know only the shadows, they assume that the shadows constitute the entire realm of reality, even though what they see is only a small part of the world.

A small part of the world is what students see when we discount the impact of general education and treat it as a minor hindrance to a bachelor’s degree. The same is true when we relegate gen eds to large lecture halls and leave these courses to overworked and/or underprepared adjunct instructors and graduate students, instead of the best and the brightest faculty members on campus. It is true too when post-secondary institutions offer a menu of courses designed to entertain students, rather than a uniform set of gen eds that give all students the same critical thinking opportunities.

In order to make general education more palatable, many colleges and universities are offering a wide array of courses on all sorts of popular culture topics, which invites a cafeteria style experience. Higher education was started to teach students critical thinking skills and a hunger for the truth; yet instructors and professors are becoming more like entertainers as we have lost sight of these goals.

This is evident in the litany of pornography-related courses listed in Lisa Takeuchi-Cullen’s 2006 Time Magazine article “Sex in the Syllabus.” What sort of truth did students discover while enrolled in “Tattoos in American Popular Culture” at Pitzer College? What sort of critical thinking skills did students develop while enrolled in “How to Win a Beauty Pageant” at Oberlin College, which included a visit to a beauty pageant in Ohio? These types of courses sell a bill of goods to students who naively think future employers will be impressed that they have found some deep-seated significance in prison tattoos and plastic tiaras.

This pseudo-intellectualism is easily fostered by an environment that harbors poor-quality gen ed courses, in which students are simply told what to think instead of how to think and search for the truth.

We could take a lesson from Plato on the importance of truth-seeking in education. His Protagoras and Republic show ancient philosophers concerned both that young minds could be ruined by those who do not promote seeking the truth, and that subpar education would lead young people to live less than virtuous lives. As educators, we must ask ourselves whether what we present our students is leading them to live virtuous lives, or, on the contrary, leading them to live as pseudo-intellectuals who have accepted the truth as decreed by somebody else.

Socrates explained to Glaucon (his young interlocutor in the cave allegory) that the knowledge given to young children is more training than anything else; therefore, the purpose of higher education is to teach learners how to independently arrive at the truth by opening up to them the entire reality of the world.

Similarly, in his 1856 work The Idea of a University, John Henry Newman described the university as a place where “inquiry is pushed forward . . . by collisions of mind with mind and knowledge with knowledge.” These collisions certainly are restrained, if not nonexistent, when general education is treated as a chance for instructors to spoon-feed the truth to students, not as an opportunity for students to learn how to seek the truth themselves by reading primary sources and engaging in Socratic dialogue.

Unfortunately, until higher education respects general education, throws out the textbooks and replaces them with primary sources, and educators begin talking with their students instead of to their students, we will continue to produce graduates who are content to gain no other knowledge than what is required for their major. Mortimer Adler may have been on to something in his 1982 work The Paideia Proposal when he concluded that the “educational process in America is either a rather pleasant way of passing time until we are ready to go to work, or a way of getting ready for some occupation, or some combination of the two.” Either way, owing to the current state of general education, we are diluting the value of the baccalaureate degree by only introducing our students to a small part of the world in which they live.