From Sticks and Stones to Microaggression? 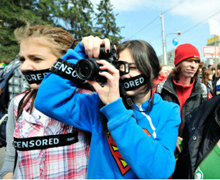 By Eric Metaxas | Stop me if you’ve heard this one before: I just flew in from London and, boy, are my arms tired.

Of course, you couldn’t stop me, so I told a bad joke. But it seems I may have done more than offend against humor—I may have committed a “microaggression.”

If you’ve never heard the term “microaggression,” consider yourself fortunate. But you’re going to need to be familiar with the concept because it lies at the heart of the explosion of political correctness in the public square.

The term was coined in 1970 by Harvard psychiatrist Chester M. Pierce. What Pierce had in mind were the “insults and dismissals he said he had regularly witnessed non-black Americans inflict on African-Americans.” 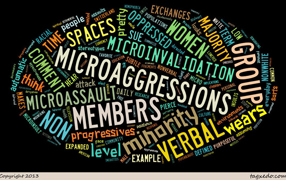 It wasn’t until a few years ago that the concept of microaggression crossed over from academia into the larger culture. And at that point it ceased having much to do with race relations. Instead it became about the perceived slights of, in Wikipedia’s words, any “socially marginalized group.”

What’s more, the definition of “socially marginalized group” has grown exponentially. In addition to racial and ethnic minorities, these groups now include women and what are dubbed “sexual minorities,” that is, those included in the acronym LGBT.

But it doesn’t stop there. As the website microaggressions.com illustrates (and yes, there is a website), it is possible to be a “socially marginalized group” of one. For instance, a woman with short hair may consider disapproval of her hair cut a case of microaggression.

And to return to my opening bad joke about flying in from London, another person regarded talking about a trip to Europe as an act of microaggression against those who have never been to Europe. We’re not kidding.

While Pierce’s theories may have made some sense when talking about race relations in 1970, today claiming microaggression and the “microtrauma” felt by its victims is a way of shielding people from anything that might cause them distress, however fleeting or trivial.

Not surprisingly, these bad ideas are especially popular on college campuses. But their impact is felt in the larger culture. The current effort, for example, to silence Christians in matters of sexual ethics is heavily indebted to the concept of “microaggression.” As a recent column by New York Times columnist Frank Bruni demonstrated, it’s not enough that gays and lesbian be legally protected from actual discrimination; the real goal is to eliminate any form of disapproval.

But disapproval, distress, and discomfort are inescapable realities for every human being. To pretend that we can protect ourselves and others from them borders on delusional.

A friend of mine has an autistic son. Now those of you who are familiar with autism know that people like my friend’s son live in a world where a certain amount of distress is inevitable. Yet this young man goes to work every day and does what needs to be done despite the distress. That’s why his dad considers him to be the bravest person he knows.

If an autistic person can quietly endure a world that causes him distress, real distress, is it really too much to ask that the rest of us do the same?

Of course, even asking that question these days may constitute a “microaggression” in itself.

From Sticks and Stones to Microagression