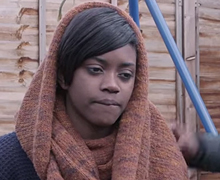 The Clarion Project | A Swedish school has found that immigrant girls have been subjected to severe forms of female genital mutilation (FGM).  Since March, school health services in a small Swedish town have seen 60 girls who have been cut, including 30 girls from one class alone.

Of those 30 girls, 28 had been subjected to one of the most severe forms of FGM, where the clitoris and labia are completely removed with the area sown together with the exception of a small opening.

Somalians and Eritreans comprise large numbers of immigrants to Europe. Women in those countries are subjected to FGM at a rate of 98 and 90 percent, respectively.

Although specific information was not available about the Swedish girls, it is assumed that the girls are second generation immigrants, many having been cut during the summer vacation when girls are taken to their countries of origin for the procedure under the pretense of a family visit. 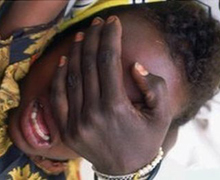 With vacation approaching, authorities are concerned that more girls will be taken to be mutilated.  “We’re working to inform parents that they could face prison if they come back and their children have undergone female genital mutilation,” said Petra Blom Andersson, a student health coordinator in Norrköping who spoke to the newspaper, The Local.

FGM has been illegal in Sweden since 1982, punishable by a prison term of four years. The term can be increased to 10 years if the violation is found to be an aggravated offense.

In 1999, FGM also became illegal if the procedure was performed in a different country. Due to the influx of the large number of Somalians in Sweden during the 1990’s, the European Union’s Institute for Gender Equality (EIGE) considers FGM “to be a serious problem” in the country – so much so, that a law was passed that allows a girl to be physically examined for FGM without her parents’ consent.

Yet, according to the European Commission, “while all EU member states have legal provisions in place to prosecute the perpetrators of FGM, either under general or specific criminal laws, prosecutions are very rare. This is due to difficulties detecting cases, gathering sufficient evidence, a reluctance to report a crime and, above all, a lack of knowledge about female genital mutilation.”

FGM in Sweden: 28 Immigrant Girls in One Class Severely Cut